Java still a no-no for Mormons despite fancy coffee names 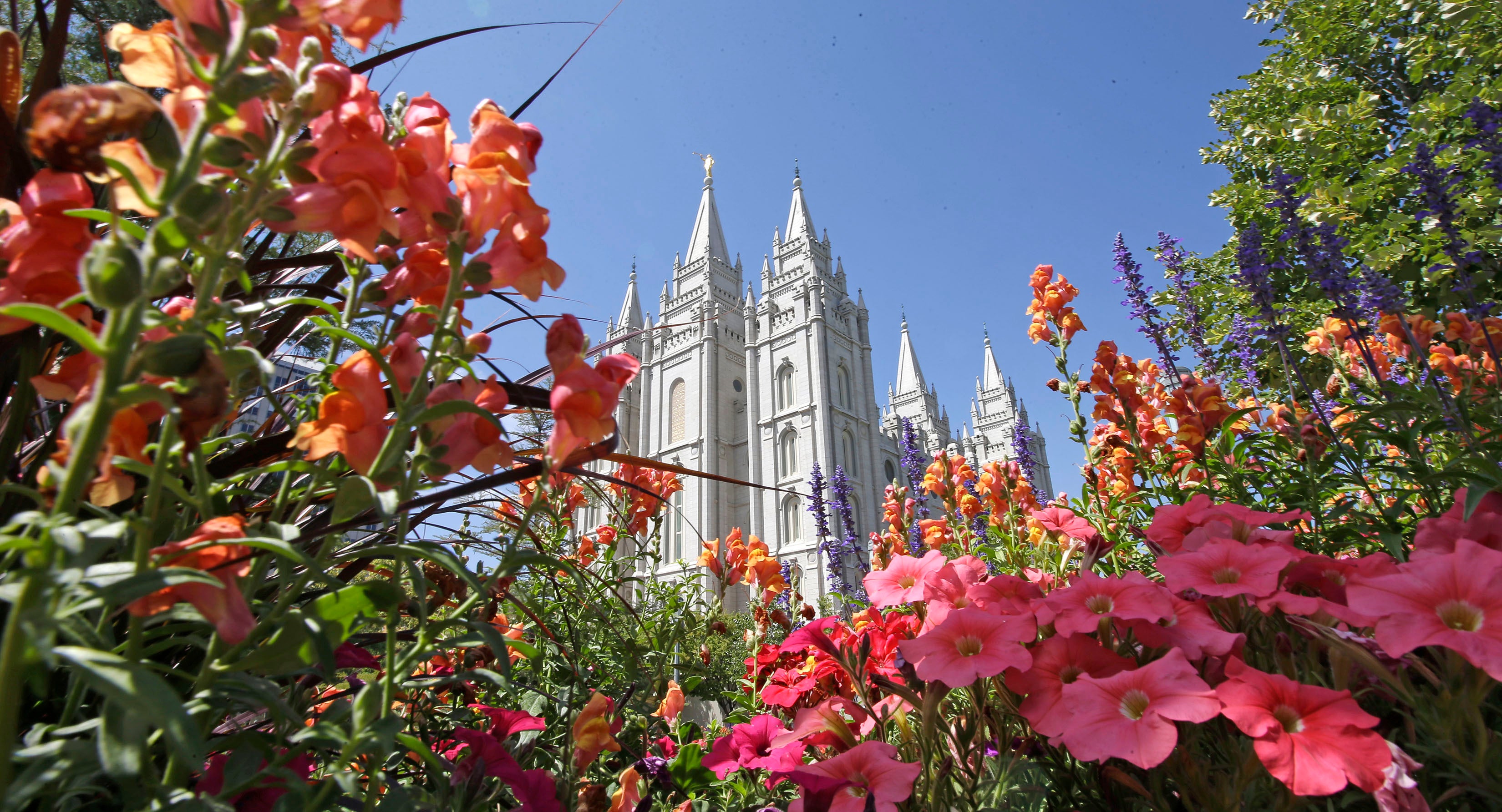 FILE – This Aug. 4, 2015 file photo, flowers bloom in front of the Salt Lake Temple, at Temple Square, in Salt Lake City. The Church of Jesus Christ of Latter-day Saints is reminding members that coffee is prohibited no matter how fancy the name, that vaping is banned despite the alluring flavors and that marijuana is outlawed unless prescribed by a competent doctor. (AP Photo/Rick Bowmer, File)

SALT LAKE CITY — The Church of Jesus Christ of Latter-day Saints has issued a warning to members that coffee is prohibited no matter how fancy the name, that vaping is banned despite the alluring flavors and that marijuana is outlawed unless prescribed by “competent” doctors.

The new guidance in the August issue of a church youth magazine does not include fundamental changes to the religion’s strict health code, but the clarifications are significant and seem to reflect growing concern about young Latter-day Saints’ adherence to the rules.

The article says it aims to clear up issues that could be confusing for young people within the religion’s “Word of Wisdom,” a set of rules about what foods and drinks are good for members and what substances they should avoid.

The rules prohibit alcohol, tobacco, illegal drugs and coffee and tea. They are based on what church members believe was a revelation from God to founder Joseph Smith in 1833. The faith’s rejection of coffee has long generated curiosity and more than a few jokes, including a scene in the biting satirical Broadway musical called “The Book of Mormon” where dancing cups of coffee appear in a missionary’s nightmare.

The new instructions about coffee make clear that there’s no gray area allowing coffee-infused drinks and allude to the wide variety that could tempt members of the faith widely known as the Mormon church.

“The word coffee isn’t always in the name of coffee drinks. So, before you try what you think is just some new milkshake flavor, here are a couple of rules of thumb: One, if you’re in a coffee shop (or any other shop that’s well-known for its coffee), the drink you’re ordering probably has coffee in it, so either never buy drinks at coffee shops or always ask if there’s coffee in it,” the article said. “Two, drinks with names that include cafe or caffe, mocha, latte, espresso, or anything ending in -ccino usually have coffee in them and are against the Word of Wisdom.”

As coffee shops have become common in the United States, more young church members feel comfortable going to places like Starbucks and drinking iced coffee, said Patrick Mason, a church member and religious scholar who is the Arrington Chair of Mormon History and Culture at Utah State University. For past generations, just entering coffee shops was considered taboo, he said.

The guidance will dash the hopes of some members who hoped the church would loosen the rules about coffee, he said. Starbucks announced recently that it would open its first stand-alone shop in the heavily Mormon city of Provo near the church-owned Brigham Young University next year. Starbucks offers some non-coffee drinks, including hot chocolate and lemonade.

“This is the church clearly responding to higher levels of non-compliance to the Word of Wisdom than we’ve seen in previous generations,” Mason said.

Jana Riess, a church member and author, said she was shocked to find that four in 10 active church members under age 51 had drank coffee during the previous six months in a 2016 survey she conducted for her book, “The Next Mormons: How Millennials Are Changing the LDS Church.”

She also found that younger members are less concerned than older members about obeying the health code, which is one of the ways that makes the religion distinct from many other faiths.

Church leaders have occasionally issued similar clarifications based on changing social norms and eating and drinking habits, Mason said. In 2012, church leaders clarified that the health code did not prevent members from drinking caffeinated soft drinks.

Church leaders provide additional instructions as needed to help guide members about the health code designed for the “physical and spiritual benefit of God’s children,” according to a statement sent by spokesman Eric Hawkins on behalf of the church. The church declined to say why it decided to issue the new clarifications now.

Brandt Malone, a church member from Detroit who hosts the Mormon News Report podcast, said he wishes the section on coffee would have instead provided guidance to young members about how to order and behave in coffee shops, which are a common place for professional work meetings.

“Let’s teach people how to make the proper choices and think for themselves based on the construct of your religious health code,” Malone said.

Malone and Riess both praised the church stance on vaping, which laments the misconception that e-cigarettes contain only flavors.

“Most vaping pods contain nicotine, which is highly addictive, and all of them contain harmful chemicals,” the article says.

The passage about marijuana seems to underscore the faith’s desire to carve out a space to allow some members to use medical marijuana, while reiterating that recreational use is prohibited. The faith worked with Utah state legislators, many of them church members, and medical marijuana advocates to craft a medical marijuana program last year.

“Medical uses are being studied, but just like many pain medications such as opioids, marijuana is an addictive substance,” the article said. “Such habit-forming substances should be avoided except under the care of a competent physician, and then used only as prescribed.”  /muf