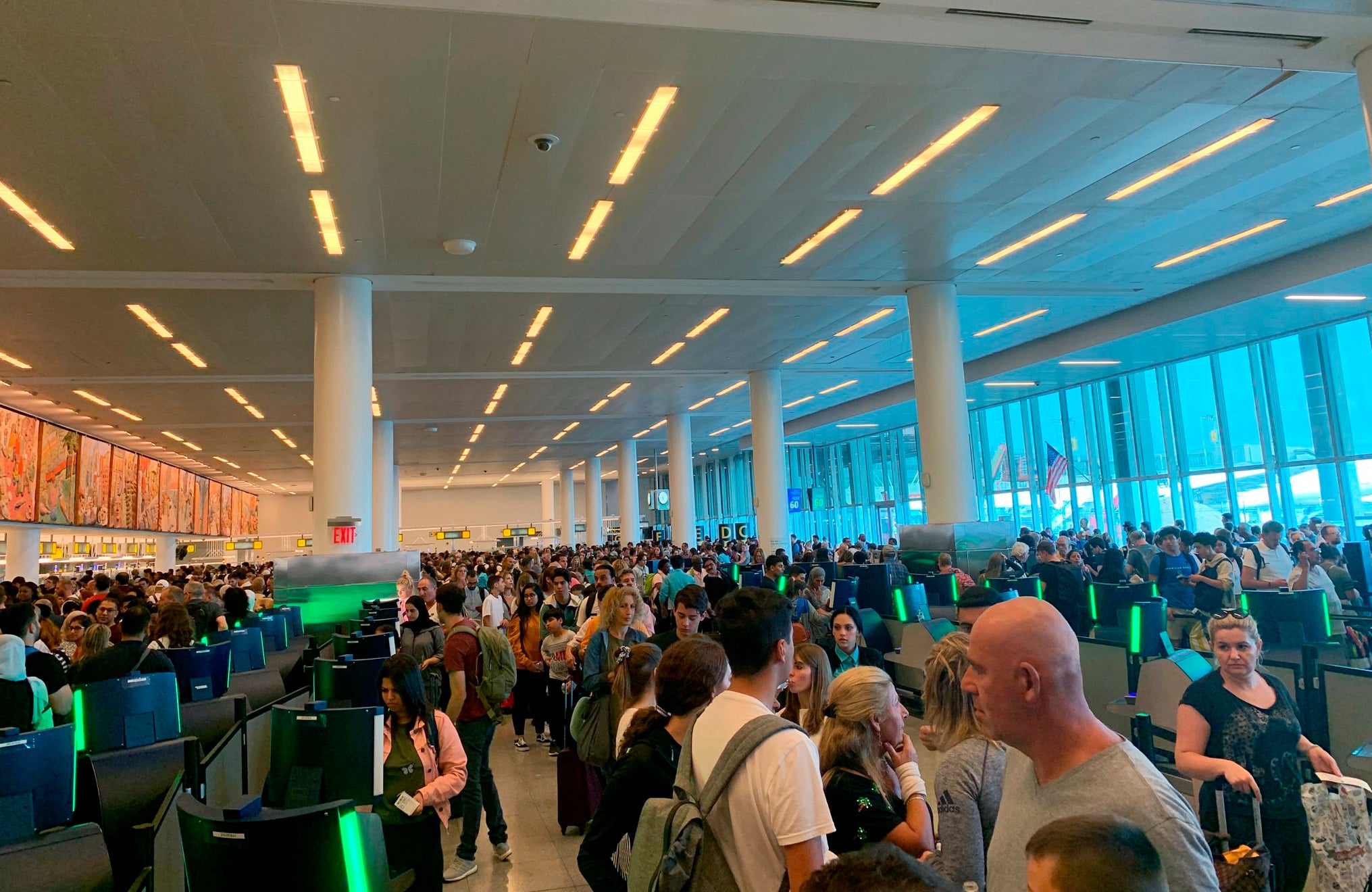 DALLAS — Travelers flying into the United States on Friday ran into long lines at major airports nationwide because of a temporary computer outage that affected the U.S. Customs and Border Protection agency.

Airports warned travelers — both Americans returning home and foreign visitors — of delays, and some travelers tweeted photos and videos of huge lines.

A CBP spokeswoman said the systems were running again by early evening on the East Coast.

The agency didn’t precisely describe the breakdown, but the spokeswoman said there was “no indication of any nefarious activity.” She said officers were able to access security-related databases and maintain security standards while screening people manually.

Rebekah Tromble, an associate professor at George Washington University, tweeted a video clip in which she panned over the arrival hall at Dulles International Airport in northern Virginia.

She estimated there were at least 5,000 people packed into the hall.

Tromble was asked if she could see whether customs agents were screening people manually.

“It’s not clear from my vantage point. I’m still too far back in line,” she answered.

Airports in Los Angeles, Dallas-Fort Worth, New York and elsewhere notified travelers of potential delays at the beginning of one of the last weekends of the summer vacation season.

Cayetano urges lawmakers to vote on conscience on ABS-CBN franchise