Robredo: If we’re friends with China, why do we tolerate ‘illegal’ Pogo? 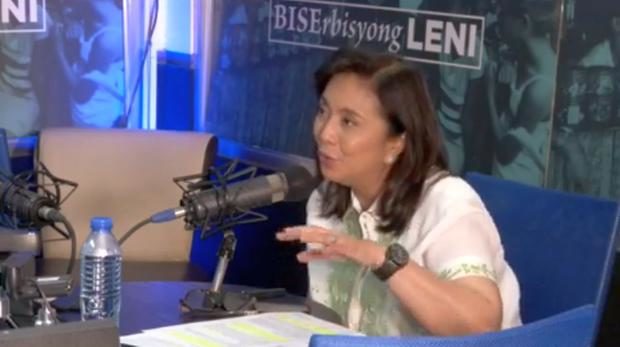 Vice President Leni Robredo. (Screengrab from a video posted on her Facebook timeline)

Robredo said this appears to be in contrast with the close ties of Manila with Beijing, as Palace officials claim.

Recently, there were talks of creating Pogo hubs, which will be sanctioned by the Philippine Amusement and Gaming Corporation (Pagcor).  However, the Chinese embassy has expressed concerns about the transfer, as it may infringe on the rights of their citizens.

Pagcor, however, insisted that it would actually protect the rights of the Chinese nationals working in Pogos.

The Pogo hubs, which was declared illegal by the Chinese government, are being blamed for the influx of Chinese workers in the country.

Just this Thursday, the Philippine National Police’s Anti-Kidnapping Group (PNP-AKG) said the increase in gambling-related kidnapping incidents, which currently stands at 52 since 2017, can be attributed to the number of casino and gaming sites in hotels, as well as the uprise in Pogo sites.

Issues about supposedly looming Chinese intrusion over the country’s territory and economic scene have been discussed ever since President Rodrigo Duterte was elected in 2016.  Duterte vowed to restore relations between the Philippines and the Asian superpower, after ties were strained during the previous administration.

Robredo added that a lot of questions have yet to be answered regarding the Pogos, its largely-Chinese workers and operators, and their length of stay in the Philippines.

The Vice President also insisted that the government should also monitor whether job opportunities are being given to Chinese citizens, while the Philippines suffers from unemployment.