P146M in marijuana burned in Kalinga 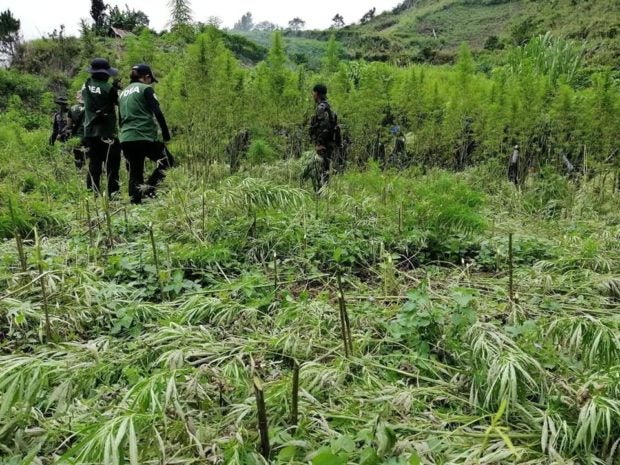 A joint operation of the Philippine Drug Enforcement Agency (PDEA)-Cordillera and police in Kalinga uncovered a marijuana plantation in the province. PHOTO FROM PDEA-CORDILLERA

BAGUIO CITY–Anti-narcotics agents on Thursday (Aug 15) burned more than 700,000 fully grown marijuana plants and 25 kilograms of dried marijuana leaves that they seized in a three-day operation in Kalinga province.

In a separate operation, two persons were arrested at a checkpoint in Mountain Province for carrying nearly 13 kg of dried marijuana leaves, estimated to be worth P1.5 million, according to PDEA-Cordillera.