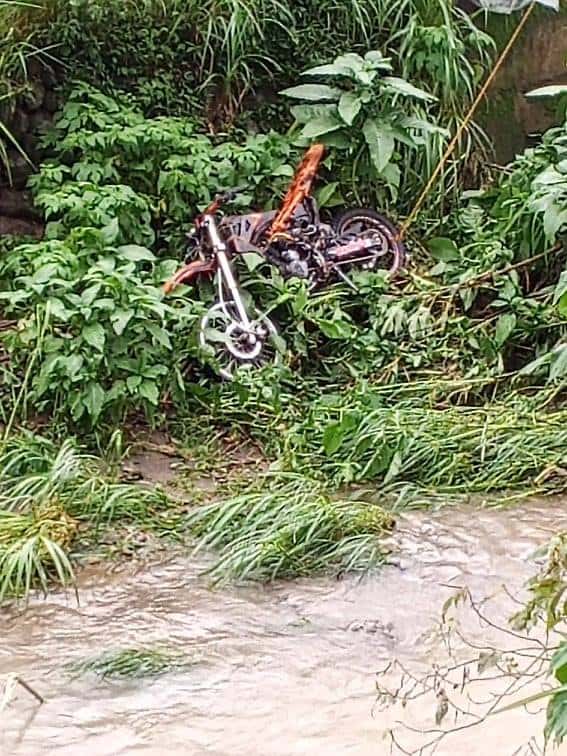 NO RIDER. Rescuers found this motorcycle, believed to belong to one of the drowning victims, at the banks of a creek in La Trinidad town, Benguet province. PHOTO FROM LA TRINIDAD POLICE

LA TRINIDAD, Benguet—Rescuers on Thursday resumed the search for two persons believed to have drowned in a swollen creek in La Trinidad, Benguet.

Workers from the La Trinidad Municipal Disaster Risk Reduction and Management Council said they found the motorcycles believed owned by Rufino and Tadena along the creekside on Tuesday (Aug. 13).

Tadena’s mother said the helmet that was recovered at the creekside was her son’s.

Police said the two were swept away by strong current in the creek as they crossed the Gayasi bridge on Tuesday evening.

The search began that night but was suspended due to the rising water level in the creek. Kimberlie Quitasol/TSB