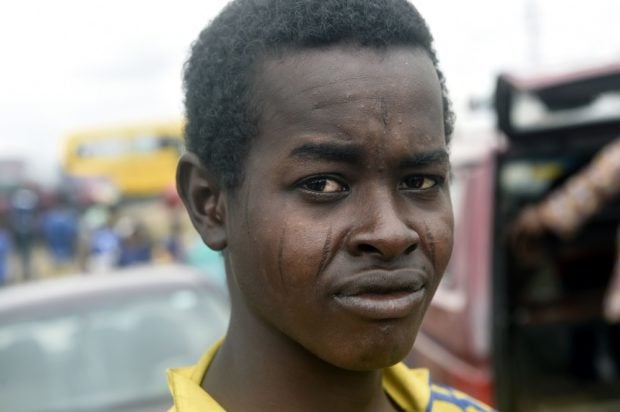 When 6-year-old Naziru Abdulwahab was abducted from northern Nigeria, his kidnapper transported him across the country and tried to sell him, but the potential buyer backed out.

What saved the boy from the child-smuggling rings, police said, was the traditional facial scarrings on his cheeks that he had been marked with at birth.

Fearing they would make him too recognizable, the would-be purchaser refused to buy him.

After suspicions were then raised by local residents, the trafficker was arrested and the child rescued.

The incident in June shone a spotlight on the practice of tribal markings that has been fading since the 1980s in the fast-changing country of nearly 200 million people.

Traditional practitioners, known locally as “oloola,” said it showed the benefits of the practice that critics have long argued is unsafe and child abuse.

“Our taste for foreign things has robbed us of our customs,” Mashopa Adekunle, an oloola in the southwestern city of Ibadan, told AFP. “Nobody wants to put tribal marks on his child anymore. People see the practice as archaic, fetish and unhygienic.”

The incisions have traditionally been performed in an array of styles by different ethnic groups in Nigeria.

The scarring is done, both to boys and girls, by burning or cutting of the skin during childhood. 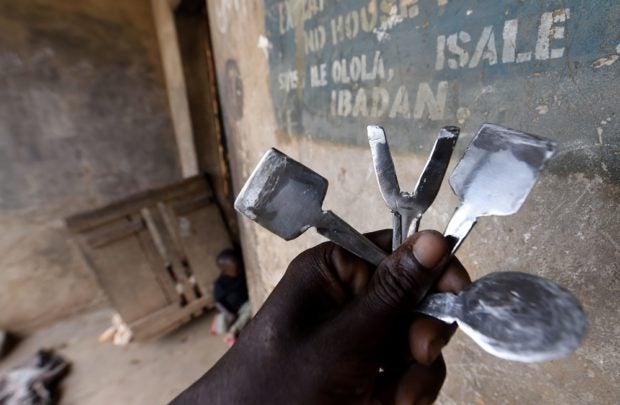 Prominent figures, including ex-president Olusegun Obasanjo, have tribal marks on their cheeks.

“In the days of inter-communal wars, tribal marks helped to identify fighters. You would know who were your friends and enemies in the battlefield,” Adekunle said.

He agreed that the traditional practitioners needed to move with the times if they wanted to remain relevant, pointing to the growing numbers of Nigerian youths embracing western-style tattoos.

“The oloola have to do more to convince their critics that their tools are safe for use,” he said.

Opponents have pushed for a country-wide ban on facial markings.

In 2017, the Nigerian Senate debated a bill for the “prohibition of facial mutilation” that would have introduced punishments for those who perform it and protection for those at risk.

Proponents of the move argued that the “barbaric” practice left people disfigured for life and put them at risk of contracting human immunodeficiency viruses.

The proposed legislation is currently bogged down in the parliamentary procedure.

The practice of facial markings has been waning for around 40 years, said the Oloola Descendant Association in Ibadan, whose members barely carry out one case a month now, compared to about 10 in the 1980s.

Sefiu Yusuf, the association’s head, insisted that there was still a role for traditional methods, as he showed AFP his metal instruments wrapped in white handkerchiefs at his dark clinic.

He inherited his position from his father and said his family had long been known for performing circumcisions.

“Only yesterday, a boy was brought here because our patrons believe in our ability,” Yusuf told AFP, at his dilapidated home in the center of the city. “Even doctors and nurses seek help when they have complicated cases.”

He dismissed criticism that his practices were unsafe.

“It is a smear campaign by non-governmental organizations and people in government to put us out of business,” he said. 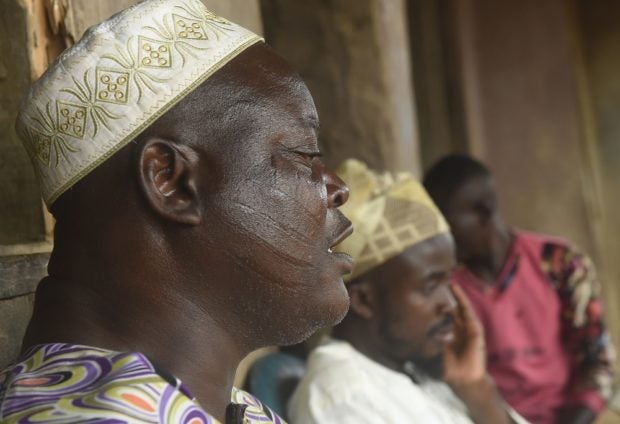 For another Ibadan-based oloola, Babatunde Hamzat, the dying out of the tradition has had serious consequences for Nigerian society.

He said its loss had contributed to the high levels of crime in the country.

“In the time of our fathers, a child with tribal marks would not want to commit any crime for fear of being identified,” he said. “But nowadays, people commit crimes with levity since there is nothing to identify them with.”

Trader Dauda Lawal, 60, proudly sports the facial marks his parents gave him as a child and says he was happy to do the same to his offspring.

“Being the first son, my parents gave me tribal marks. Though the practice is dying, I still made sure my first son got it to preserve the family identity,” he said.

Lawal claimed his wife married him because of the facial marks he bears.

But he is not sure if his son will follow suit.

“I will be happy if he does a similar thing to his own son because it’s part of our culture that should not be allowed to die,” he said.

That positive view of facial marking is not shared by everyone.

“I can never allow tribal marks on my child’s face because the practice is old-fashioned and unhealthy,” said Lagos beautician Damilola Ajayi.

She said that she was firmly opposed by both health and aesthetic grounds.

“In these days of HIV/AIDS and other communicable diseases, it is risky to use unsterilized instruments such as the ones used by the oloola on a child’s body,” she said.

“I also cannot date, not to talk of marrying, a man with tribal marks. It is disgusting.” HM/JB