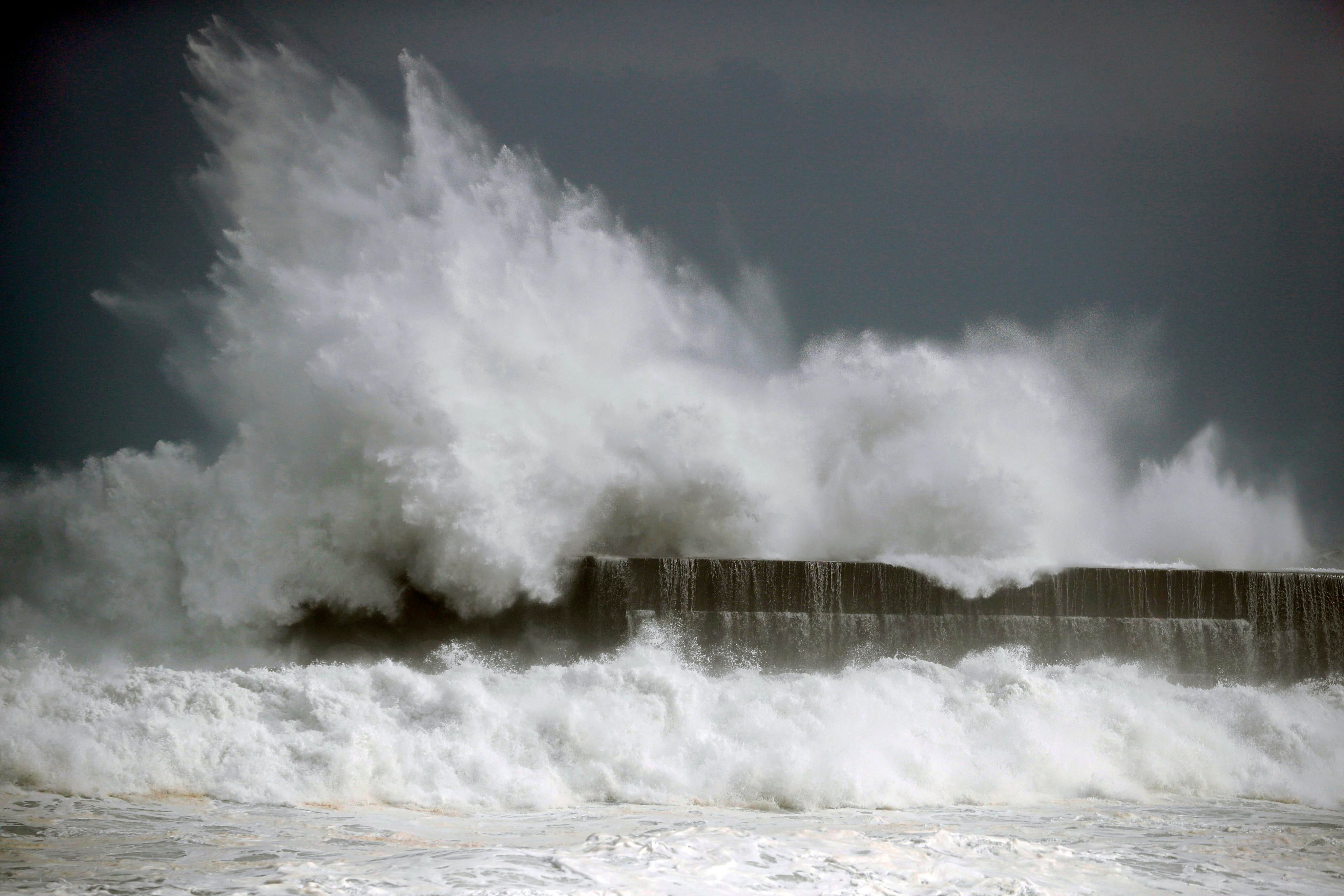 Severe Tropical Storm Krosa — one notch below a typhoon — was churning slowly through southwestern parts of Japan, packing wind gusts of up to 144 kilometers per hour.

Meanwhile, high waves smashed into a breakwater, engulfing a 10-meter lighthouse, while swollen rivers broke their banks and swamped nearby roads.

Authorities issued a voluntary evacuation advisory to around 580,000 people in the storm’s path although few appeared to have heeded the warning.

Public broadcaster NHK and local authorities said at least 14 people sustained minor injuries and a man in his 50s had broken his leg.

“We still have intermittent downpours,” said Takayoshi Sugimoto, a disaster management official in the southwestern province of Tokushima.

“We will remain vigilant as more rain is expected in the afternoon,” he told AFP.

The national disaster management agency said a party of 18 people including children got stranded during a barbeque in a valley when the river rose rapidly on Wednesday. They were rescued Thursday morning.

More than 720 domestic flights were cancelled to and from cities in western Japan and bullet train services were either scrapped or sharply reduced.

Ferries connecting the southern Shikoku island and other parts of Japan were also cancelled as high waves lashed the coast.

Krosa weakened significantly from earlier in the week as it stalled in the Pacific Ocean but it boasts an unusually large eye, meaning it is likely to dump rain over a wide area.

It was moving north at 30 kilometers per hour and the rain is expected to last for an extended period.