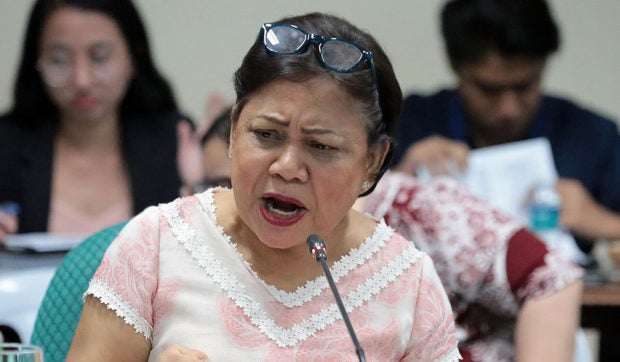 MANILA, Philippines — Senator Cynthia Villar on Thursday berated officials of the Sugar Regulatory Administration (SRA) for its reported inability to spend the funds allocated to implement programs and advance the sugar industry under the Sugarcane Industry Development Act (Sida).

Villar, who chairs the Senate committee on agriculture and food, asked the SRA the amount of money they spent in 2016 to trace the reason why the Department of Budget cut the sugar agency’s budget for the past years.

Under the Sida, the SRA was allotted P2 billion in 2016 to provide assistance to sugarcane farmers.

SRA chief Hermenegildo Serafica revealed during the hearing that in 2016, SRA only spent P914 million for infrastructure projects, P85 million for block farms, P48 million for socialized credit and around P90 million on scholarships.

The senator further chided the SRA for not being able to utilize all its funds.

Villar earlier expressed dismay over the reported failure of SRA to fully implement the Sugarcane law.