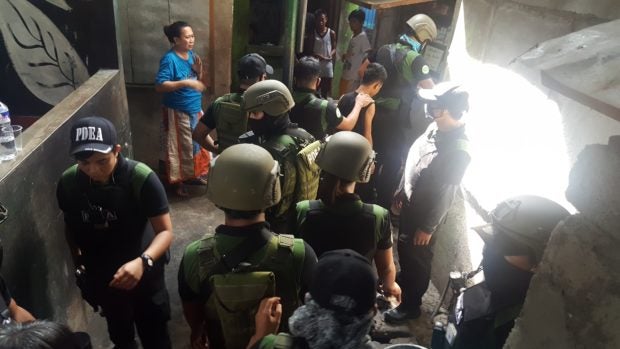 SUBIC, ZAMBALES –– Police arrested 20 drug suspects and seized P500,000 worth of illegal drugs during a series of anti-narcotics operations on Wednesday in this town.

Agents of the Philippine Drug Enforcement Agency (PDEA) Regional Office 3 carried out three search warrants that resulted in the dismantling of four drug dens where the suspects have been caught using and peddling “shabu” (crystal meth).

Five of the arrested suspects were alleged members of the Omar drug group, investigators said.

Police said one of the target drug suspects identified as “Jerpa” escaped by boarding a motorized boat.

The arrested suspects are now detained at the PDEA Jail Facility in City of San Fernando, Pampanga and will face charges for violating the Comprehensive Dangerous Drugs Act of 2002. /lzb