One for the rodent: Rats a cheap street snack in Cambodia 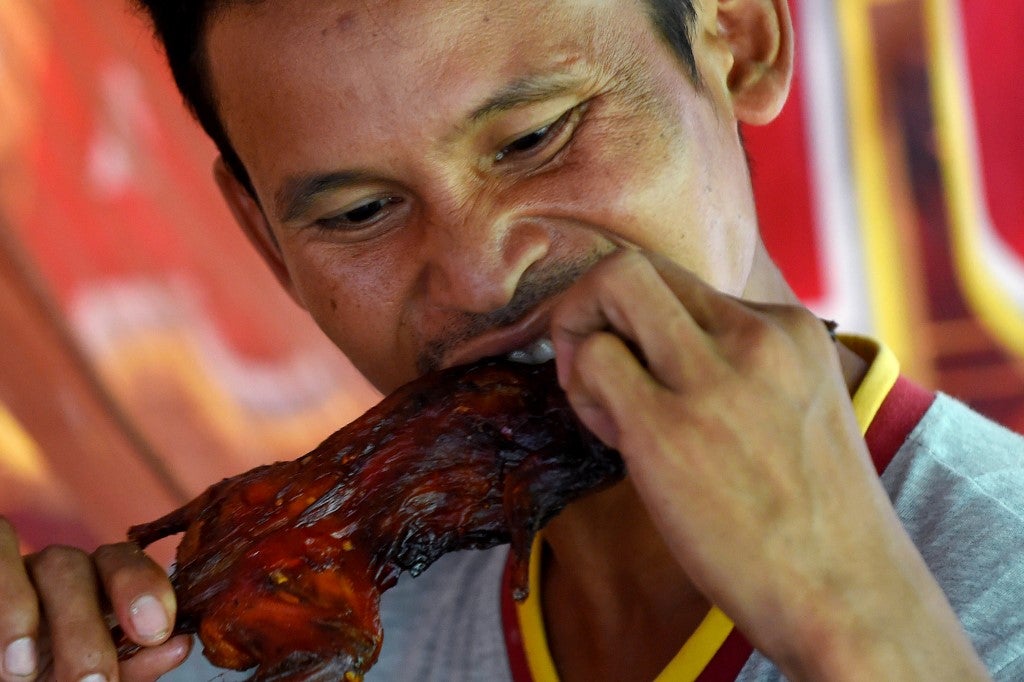 This photo taken on August 8, 2019 shows a man eating a grilled rat at a stall in Battambang province. (Photo by TANG CHHIN Sothy / AFP)

BATTAMBANG, Cambodia — As he tears off a leg of a charcoal-grilled rat at a roadside stall in western Cambodia, Yit Sarin hails the simple joy of rodent and rice washed down with beer.

“It’s delicious,” he says of the snack.

Barbecued field rats are not everybody’s idea of a tasty treat, but in Cambodia’s rural Battambang province they are popular as a quick — and cheap — snack, with small skewered ones going for $0.25 each while larger rodents can cost $1.25.

Rats were commonly eaten in the 1970s, under the ultra-Maoist Khmer Rouge, when frogs, tarantulas and other small creatures were considered fair game as a means to survive.

Now they are simply an inexpensive lunch for workers and farmers — though there is disagreement over what its meat tastes like.

Sarin tells AFP that rat is like “chicken or beef”, whereas others say it’s more like pork.

He is one of many customers and Cambodian tourists stopping at a stall outside of Battambang town, where rows of grilled field rats are displayed over burning coals and served with dipping sauces made from lime juice, black peppers or chillies. 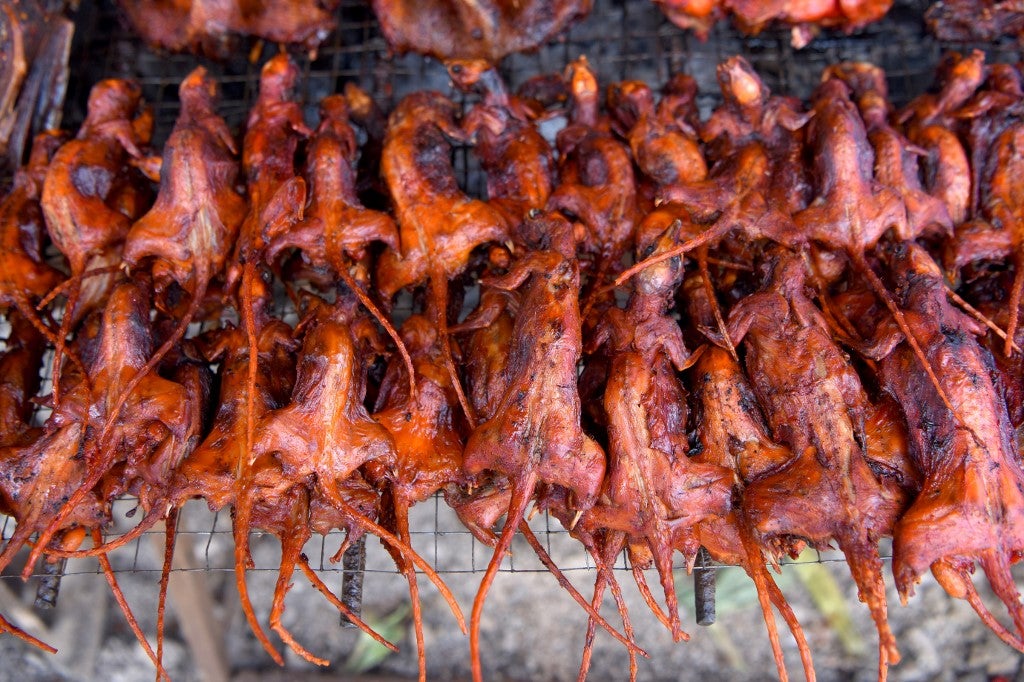 This photo taken on August 8, 2019 shows grilled rats displayed for sale at a stall in Battambang province. (Photo by TANG CHHIN Sothy / AFP)

Vendor Ma Lis says the snack has grown in popularity since she launched her stall more than a decade ago and sold just a few kilograms a day.

Today, she can net daily sales of around 20 kilograms, making brisk business from van-loads of travelling Cambodians and the occasional curious foreigner.

The holiday season also spells bad news for the field rodents — Ma Lis can sell up to 180 large rats a day on the Cambodian New Year or water festival.

Dismissing any health concerns one might have about eating her unconventional treat, Ma Lis says her rodents are caught from rice fields and are good for you.

“These rats are healthier than pork and chicken… they eat lotus roots and rice grains,” she says, as she flips the barbecued bodies on the grill.

Despite the snack’s enduring appeal, many people remain squeamish.

“They feel it is disgusting,” she says, smiling.