TRENTON, N.J.  – U.S. regulators Wednesday approved a new tuberculosis medicine that shortens and improves treatment for the hardest-to-treat cases, a worsening problem in many poor countries. 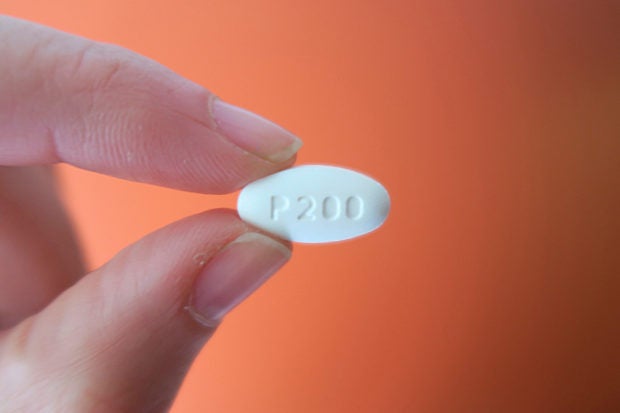 This undated photo provided by the TB Alliance in August 2019 shows the drug pretomanid. On Wednesday, Aug. 14, 2019, the U.S. Food and Drug Administration approved pretomanid, the first tuberculosis drug developed by a nonprofit group. The TB Alliance was formed to come up with better treatments for the pulmonary disease. (TB Alliance via AP)

It’s the first TB drug from a nonprofit group, the TB Alliance. Formed to come up with better treatments, the group developed pretomanid with help from charities and government agencies.

The pill was approved by the Food and Drug Administration for use with two other antibiotics. Decades of incomplete or ineffective treatment has resulted in TB strains that have become drug resistant and aren’t killed by long-standard medicines.

In a key study, the three-pill combo cured about 90% of patients with very drug-resistant TB, usually within 6 months. Patients also infected with HIV, a common situation, fared as well as the other study participants. Pretomanid also appears to stop patients from spreading the deadly bacterial infection after just a few days’ treatment.

Until now, the best option cured about two-thirds of patients, took 18 to 30 months and required up to eight kinds of shots and pills. Many patients die or don’t finish treatment, according to TB Alliance CEO Mel Spigelman.

Worldwide, TB kills about 1.6 million people annually. It spreads through droplets when someone sick with TB sneezes or coughs. TB attacks the lungs and sometimes other organs.

Pretomanid was approved for use with Zyvox and Sirturo, two other antibiotics used for the toughest cases. The three drugs, which have little known resistance, attack tuberculosis in different ways. Potential side effects include liver damage, nerve pain and an irregular heartbeat.

The new combo could help over 75,000 patients per year, mostly in India, China, Indonesia, South Africa and Nigeria, Spigelman said. The FDA is the first regulator to approve pretomanid, though there aren’t many severe cases in the U.S. The FDA’s action should bring quick approval in countries where it’s endemic.

The alliance will work with the World Health Organization to speed adoption of the treatment in those countries. The alliance is contracting with multiple generic manufacturers to make pretomanid and keep it affordable. /gsg