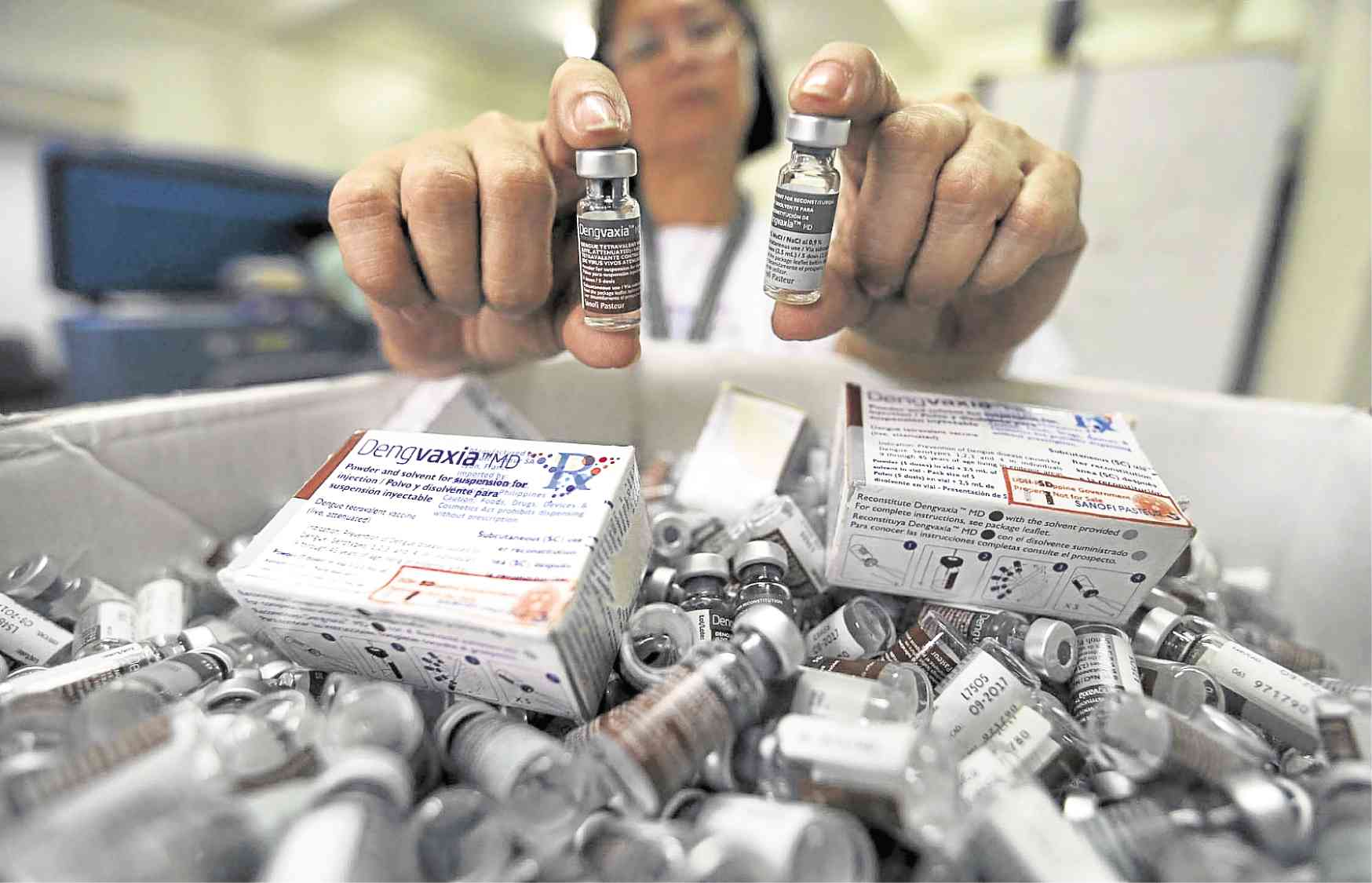 MANILA, Philippines — Dengvaxia maker Sanofi Pasteur expressed optimism on Wednesday that Health Secretary Francisco Duque III would grant its appeal to reinstate the dengue vaccine’s certificate of product registration (CPR), especially since the revocation stemmed from “some administrative consideration” and not because its safety and efficacy was questionable.

Speaking to reporters yesterday, Sanofi Pasteur Philippines general manager Jean-Antoine Zinsou sought to dispel the “misinformation” surrounding the use of Dengvaxia as he maintained that the pioneer vaccine against the mosquito-borne disease is “proven safe and efficacious.”

“We disagree with the suspension but we are open to discussions with the FDA (Food and Drug Administration) to move forward,” Zinsou said.

In February, the FDA permanently revoked Dengvaxia’s CPR after Sanofi failed to submit documentary evidence that show that the vaccine was safe and effective for public use.

The decision came over a year after the pharmaceutical giant said in November 2017 that the vaccine may cause severe dengue to those who haven’t had any history of contracting the mosquito-borne disease.

Two weeks ago, Sanofi appealed the FDA revocation to Duque, who is expected to come out with a decision no later than Aug. 19.

Reiterating what health officials and other experts have said, Zinsou stressed that even if Dengvaxia were reallowed in the country, this is “not the silver bullet” to address the ongoing dengue outbreak.