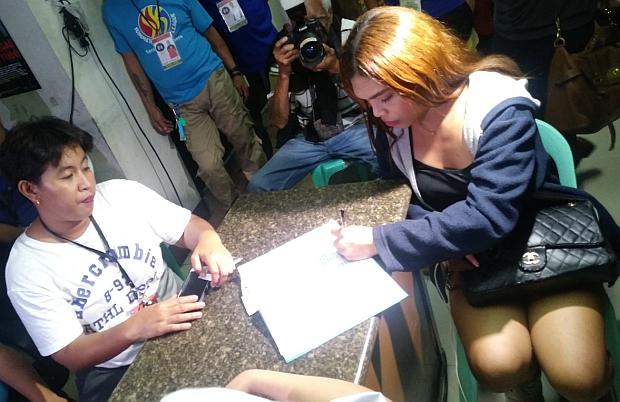 MANILA, Philippines — Transgender woman Gretchen Custodio Diez said on Wednesday that she would file a case against the Araneta Center Group of Companies following her arrest for trying to use a female toilet at one of its malls in Cubao, Quezon City.

While Diez decided to drop the countercharges she filed against three mall personnel, her legal team said they were looking into filing a case against the management of Farmers Plaza.

According to Kristine Mendoza, one of Diez’ lawyers, the mall clearly violated the Quezon City Pride Ordinance.

“We are also looking into filing a civil suit of slight physical injuries and unjust vexation against the employers of the janitress and security [personnel],” Mendoza said.

In a statement, the management of Farmers Plaza said that they were looking into the “unfortunate incident” which they would never condone.

“We would like to apologize to Ms Diez for the treatment she received from a member of the cleaning crew. We also would like to extend the apology, not just to the LGBTQ community, but to the public in general, for the actions of said crew member,” said Morriel Abogado, the mall property general manager.

Abogado added that they had also contacted the agency employing the janitress, Chayra Ganal, “to demand that they take action as well.”

“Management makes no distinction between customers here, and the LGBTQ community has always been welcome,” Abogado said.

According to a report of the Quezon City Police District, around 1:30 p.m. on Tuesday, Ganal stopped Diez from using the female restroom.

When Diez protested and started taking a video, the janitress “dragged” her to the mall’s security room.

From there, she was taken to the Quezon City Police District’s Station 7 in Cubao and later, to the Anti-Cyber Crime Team office in Camp Karingal where she was supposed to be charged with violating the cybercrime law.

However, she was brought back to Station 7 where an unjust vexation case was filed against her.

Diez was released from detention around 1 a.m. on Wednesday after the charges were dropped.

In a statement, Quezon City Mayor Joy Belmonte said she would order the business permit and licensing department to ensure that all establishments were complying with the gender fair ordinance. /atm