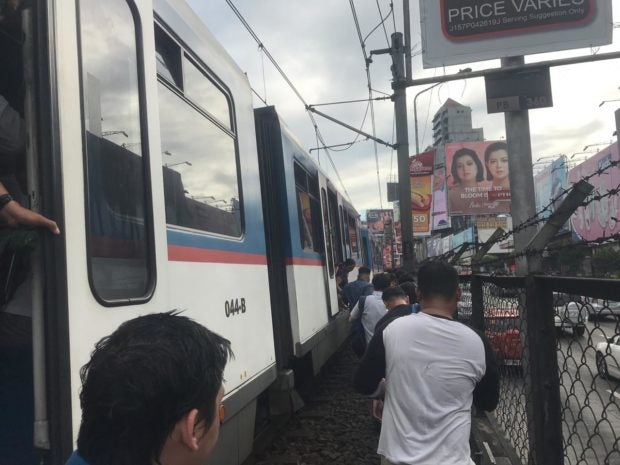 MANILA, Philippines – The generated revenues and serviced passengers of the Metro Rail Transit Line 3 (MRT-3) registered a record low in 2018, according to the Commission on Audit (COA) report released on Wednesday.

In the audit report, COA showed a comparative analysis of MRT-3’s operations over four years, which revealed that collection from ticket sales went down from P2.779 billion in 2017 to P2.068 billion in 2018.

COA has attributed this downward trend to poor operations and the unavailability of trains, considering that only 13 of the 24 train sets were operating daily. This is fairly low to MRT-3’s standard a few years ago, with 20 trains operating during peak hours and 15 during off-peak schedules.

The audit body also noted that these decreases coincided with the Department of Transportation (DOTr) takeover of the rail system’s maintenance.

“These regressions are largely attributed to the decreased number of train sets plying on the rail tracks caused by the termination on November 03, 2017 of the maintenance service contract of Busan Joint Venture and implemented by Busan Universal Rail, Inc.,” COA explained.

“It bears emphasis that the maintenance services of the MRT-3 system was taken over by the DOTr-MRT3 Maintenance Transition Team thereafter,” COA added.

According to data from COA, the number of incidents decreased in 2018, as DOTr was in charge of the maintenance, compared to when it was operated by private firms from 2015 to 2017.

However, COA stressed that these decrease in operational glitches was not brought by a better maintenance service, but by the sheer low number of trains available. In 2015, 14 trains were available, jumping to 16 in 2016, and then 18 in 2017.

“The cases in point do not only deny the riding public of an efficient, effective and secured transportation systems but undoubtedly impacted on revenue collections, depriving the Government of additional financial resources for payment of the MRT-3 equity rentals,” COA said.

And because of these losses, the government had to spend more — at least P4.661 billion in 2018 — just to make ends meet and finance the rental fees, administrative costs, and staffing salaries of the rail system.

COA advised MRT-3’s management to pursue the imposition of liquidation damages against the contractor of Dalian trains, which have been procured by the previous administration. None of the 48 Dalian trains have ever serviced the MRT-3 riders, with some of it even lacking required tests before official usage.

“Relatedly, 13 out of the 48 LRVs (Light Rail Vehicles) remained unequipped with ATPs (Automatic Train Protection) while 31 out of the 48 had yet to complete the required 1,000 km run,” COA said.

MRT-3 was also urged to continue addressing the issues and glitches in the MRT-3 operations, especially that the rail system — which sits along the Epifanio delos Santos Avenue (Edsa), a major Metro Manila thoroughfare — can help decongest the traffic situation.

Earlier this year, DOTr tapped the services of the Sumitomo-Mitsubishi consortium — the same Japanese corporations which built MRT-3 and managed it through its peak operation in the early to mid-2000s.

Aside from maintaining the trains, the companies would also rehabilitate the tracks of the country’s busiest rail line.

Read Next
CHR to gov’t: Best reply to activism is to act on grievances
EDITORS' PICK
Percy Lapid’s kin: ‘We demand that his cowardly assassins be brought to justice’
Nothing’s certain so here’s how everyday Filipinos can make the most out of their Plan B
Do all the things you do, faster
PNP vows to bring justice for slain Percy Lapid; says probe underway
House energy committee chair Arroyo bats for cheap electricity
‘Seniority’ requirement despite vacant posts in DOH bothers senators
MOST READ
Student stabs teacher dead in Samar town
Not rehired?: Trixie Cruz-Angeles not on list of reappointed Cabinet execs
Final net satisfaction rating slightly decreases for Robredo, Sotto — SWS
Heart Evangelista to stay abroad ‘indefinitely’: ‘Hindi muna ako babalik’
Don't miss out on the latest news and information.