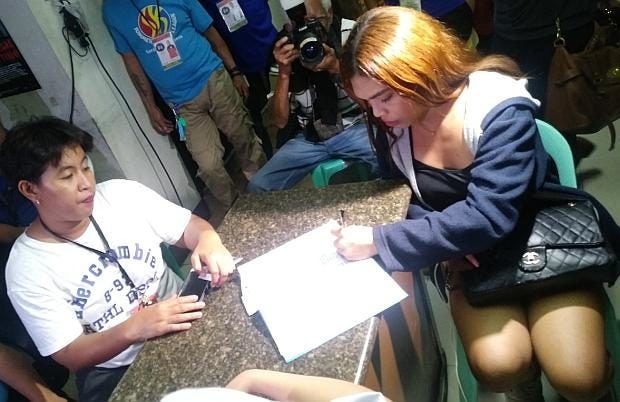 MANILA, Philippines — The management of Farmers Plaza in Quezon City apologized on Wednesday to a transgender woman for her being accosted by a mall cleaning crew member as she was about to enter a ladies’ room, saying that the incident was merely isolated.

Gretchen Diez was about to enter a ladies’ room in the mall at the Araneta Center on Tuesday when she was accosted by a member of the cleaning crew, Chayra Ganal.

“It is an unfortunate incident that Farmers Plaza management would like to assure the public we could never condone,” Morriel Abogado, property general manager of Farmers Plaza, said in a statement.

“We would like to apologize to Ms. Diez for the treatment she has received from a member of the cleaning crew. We also would like to extend the apology not just to the LGBT (lesbian, gay, bisexual and transgender) community but to the public in general for the actions of the said crew member,” Abogado added.

Following the incident, Diez was handcuffed and arrested over unjust vexation charges.

The mall’s management denied being involved in the decision to handcuff Diez and to file a complaint against her, saying that “none of these actions had been relayed beforehand to the management…for us to do something about the matter.”

“We wish to clarify that handcuffing Ms. Diez was not the idea of Farmers Plaza management, nor was it done within our premises. We are unaware of the reason or basis why the police thought this was necessary at all,” Abogado said.

“Furthermore, the case of unjust vexation against Ms. Diez was not filed by the mall’s management, as reported in the news; nor did we have any intention of doing so at some point. It was, in fact, a personal decision on the part of Ms. Ganal,” Abogado added.

The mall management then underscored that such treatment of customers, regardless of their sexual orientation, was “unacceptable.”

The management assured that it was taking appropriate actions on the matter, adding that it had contacted Ganal’s employment agency to take necessary actions as well.

“We hope this isolated incident, clearly a mistake committed by an agency worker not organic to our company, does not define our lasting good relations with all our customers through decades of operations. We have continuously been training our front liners and other personnel in customer care and proper response to complaints and issues,” Abogado said.

Abogado also invited Diez for an open dialogue on issues regarding the LGBTQ+ “so that we may be of better service to everyone.”

Diez was also released on the same day after Ganal apologized and backed out from filing the unjust vexation case.