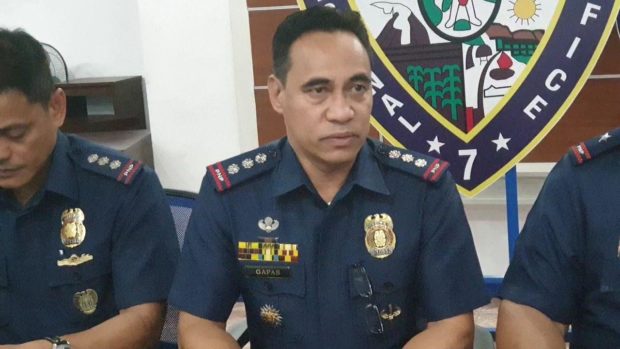 This was how the new chief of the Negros Oriental Provincial Police Office described his duties following the spate of killings in the province.

Col. Rizalito Gapas assumed his new assignment on Wednesday, replacing Police Col. Raul Tacaca, who was relieved from his post in light of several high profile killings in the province.

“I hope I can do some changes. I hope I can do some milestone in so far as the peace in the province (Negros Oriental) is concerned,” said Gapas during a press briefing after a whole day command conference held at the Camp Sergio Osmena Sr. in Cebu City.

Gapas, a former Pasig City Police Chief, was ordered to prevent a repeat of the killings of policemen and other personalities in Negros Oriental.

“I hope he will not commit the same mistake wherein four policemen were killed. Beyond that, I told him to develop his style and he is his own man,” said Brigadier General Debold Sinas, the director of the Central Visayas police.

Sinas also challenged Gapas to continue the campaign against illegal drugs and to never give in to the demands of communist rebels in Negros Oriental.

Trained with the Special Action Force unit, Gapas said he would continue the efforts of the regional police in the campaign against criminality and illegal drugs.

He also hoped to improve the peace and order situation in Negros Oriental.

The Defend Negros #StopTheAttacks network has recorded the killings of 87 civilians in Negros Occidental and Negros Oriental since January 2017.

In July 2019 alone, 19 persons were gunned down in Negros Oriental. /lzb