In two separate orders, Muntinlupa Regional Trial Court Branches 205 and 256 said De Lima is given 48 hours, including travel time from Aug. 14 to 15 to see her mother, Norma Magistrado De Lima.

De Lima has to be back at the PNP Custodial Center on Aug. 16.

“PNP Chief Director Oscar Albayalde or his representative, in coordination with the Sheriff of this Court shall provide adequate personal escorts and security measures in all movements and disposition of accused De Lima,” read the court’s order.

The courts allowed the Senator to be at the hospital where her mother is confined or at their residence in Iriga City.

All expenses related to the furlough shall be shouldered by De Lima, said the courts.

De Lima is facing drug charges before the Muntinlupa courts for her alleged involvement in the illegal drug trade inside the New Bilibid Prison.

De Lima denied the allegations, which she said is a form of political persecution. /gsg 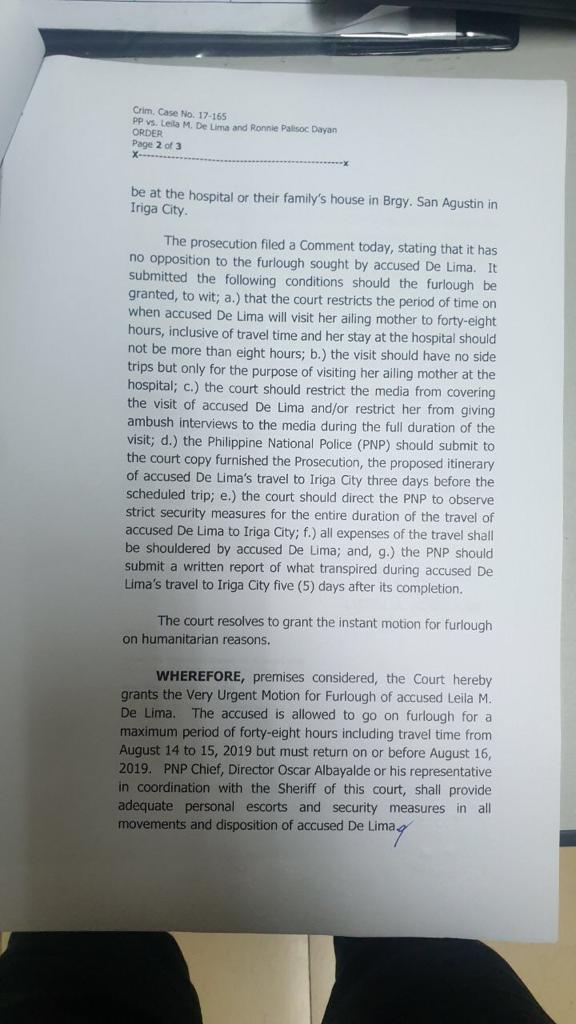 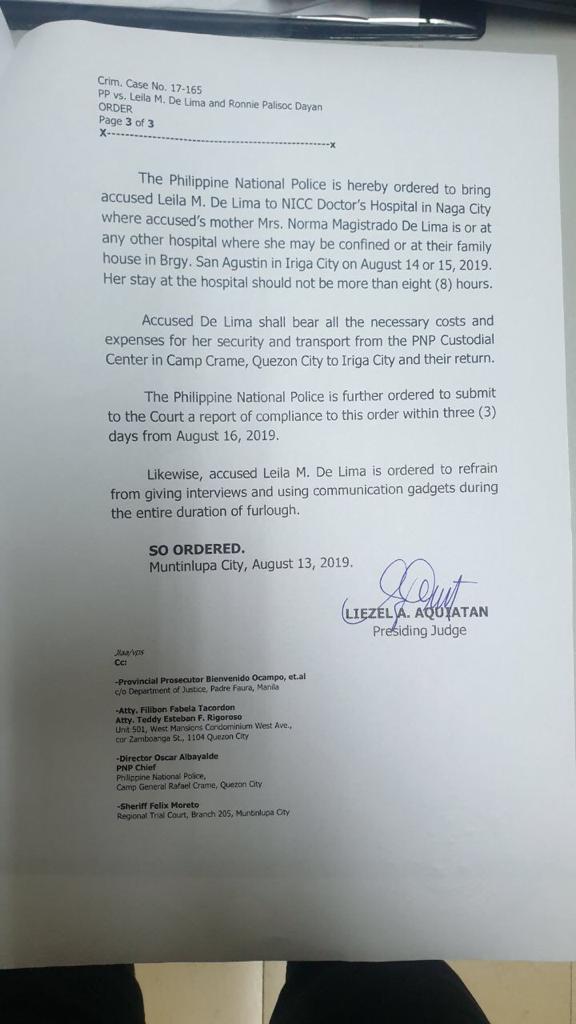 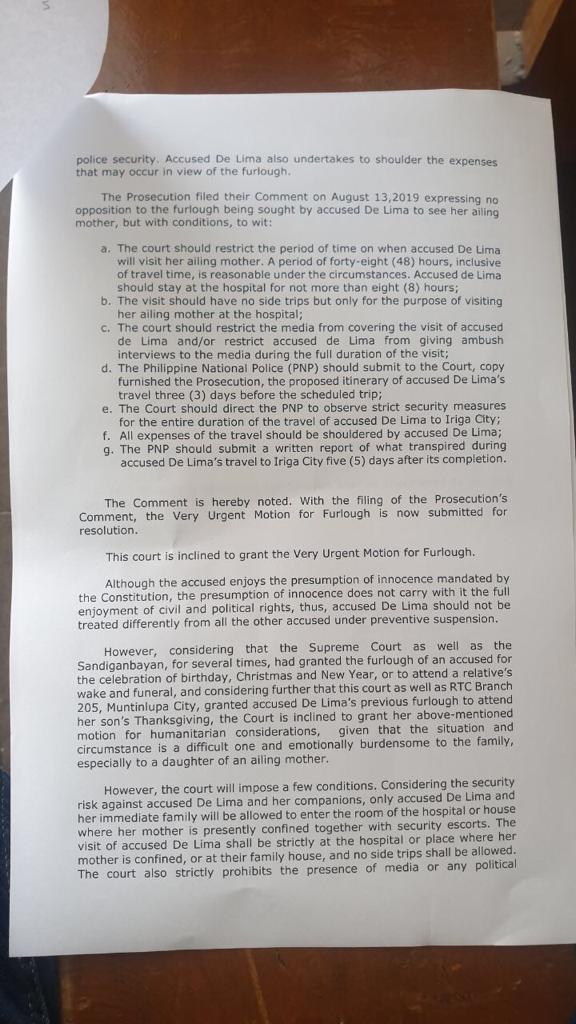 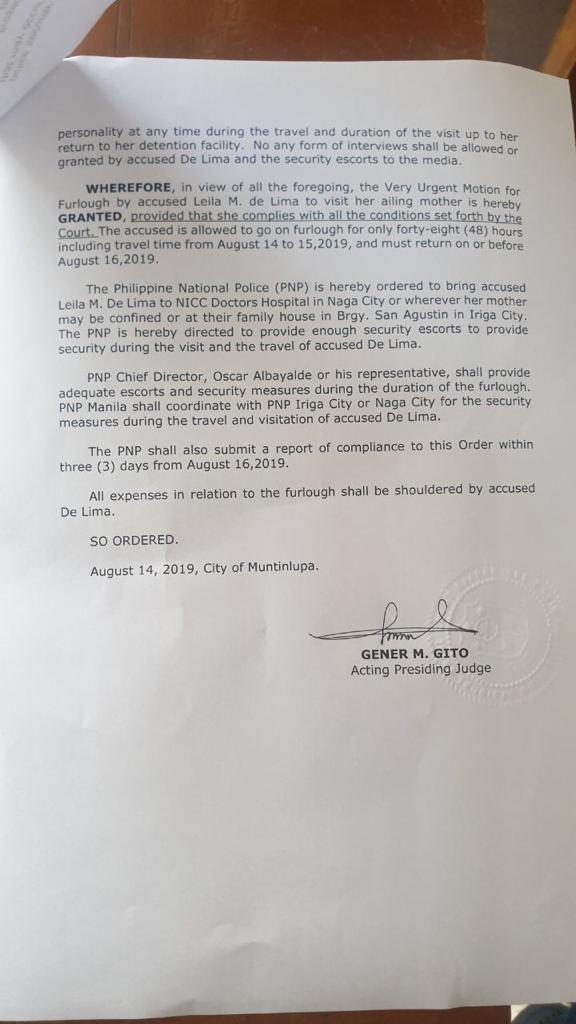