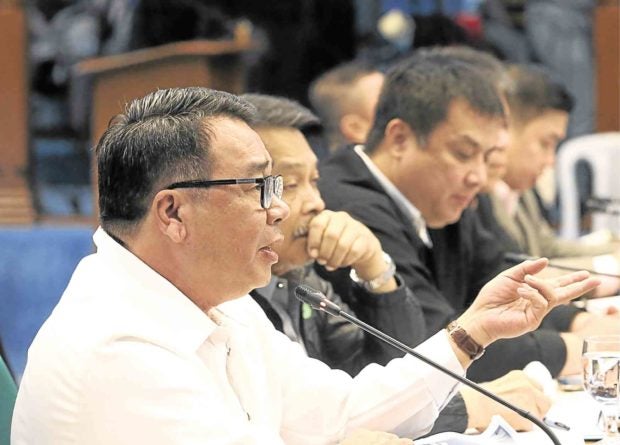 After tracing the flaws to the agency’s limited authority, lawmakers said they were considering reviewing the MMDA’s powers and whether it was possible to expand its scope to include Mega Manila.

For now, they will look at whether the MMDA “really has the power to implement policies such as the ban, and if [it does], if [this is a] valid exercise of [its] power,” said Sen. Grace Poe, chair of the Senate public services committee.

One of the MMDA’s missteps was pushing for the Edsa ban when the interim terminals that would host the displaced provincial buses were not yet up to par, she noted.

The ban, currently on hold because of a court injunction, sought to amend the routes of provincial buses, with their trips ending at interim terminals either in Valenzuela City or Santa Rosa in Laguna province.

This was part of a long-term route rationalization plan hatched by transport regulators to ease traffic flow on Edsa.

But during the hearing, both Valenzuela Mayor Rex Gatchalian and Santa Rosa Mayor Arlene Arcillas did not seem confident that the privately-owned terminals — originally built to cater only to city buses — were ready for the influx of provincial buses from northern and southern Luzon.

“Still, I agreed to give it a try, and if it didn’t work, then we will recalibrate,” Gatchalian said. “It’s better than doing nothing. It’s why the Metro cities agreed [to the Metro Manila Council Resolution No. 002 pushing for the bus ban]. We wanted to be part of the solution.”

While handpicked by the MMDA, the interim terminals fall under the jurisdiction of the local governments and are not regulated by the Department of Transportation, said MMDA general manager Jojo Garcia.

As for the plan to expand the MMDA’s mandate to cover Cavite, Laguna and Batangas provinces, this would require legislation. Otherwise, said Minority Leader Sen. Franklin Drilon, “the agency [would be] hamstrung by its lack of jurisdiction.”

Many residents in these provinces commute regularly to Metro Manila where they work.

At the start of the hearing, an exasperated Poe wondered why Transport Secretary Arthur Tugade and MMDA chair Danilo Lim were no-shows, saying that their absence was unacceptable amid the worsening traffic crisis gripping the metropolis.

“Does he not think this hearing is important? Or does he not care about the passengers affected [by his agency’s policies]?” Poe asked Garcia, referring to Lim.

Garcia replied that Lim could not make it as he had a memorandum of agreement signing to attend.

“Do you think that we will avoid the inevitable? We will have another hearing if only to listen to his side,” Poe said.

She also looked for Tugade, who was noticeably silent when traffic was snarled for hours on Edsa due to the enforcement of the yellow lane policy last week.

“He does attend, sometimes. Maybe once a year,” Poe said in jest.

She stressed that without both officials, it would be difficult to determine the nuances of the transport policies being enforced on the ground.

In Malacañang, presidential spokesperson Salvador Panelo had a suggestion for easing traffic in Metro Manila: A 24-hour rotational work shift for certain businesses.

Panelo said he may bring his suggestion to President Duterte or the MMDA.

“My personal take is, maybe we should have a 24-hour activity, with night and day shifts so that it [volume of vehicles] would be halved,” he told reporters.

He added: “For instance, schools or banks. If there’s a night shift, we will have 24 hours activity for those. Is there anything like that in the world? I think not. Why don’t we try it?” —With a report from Julie M. Aurelio