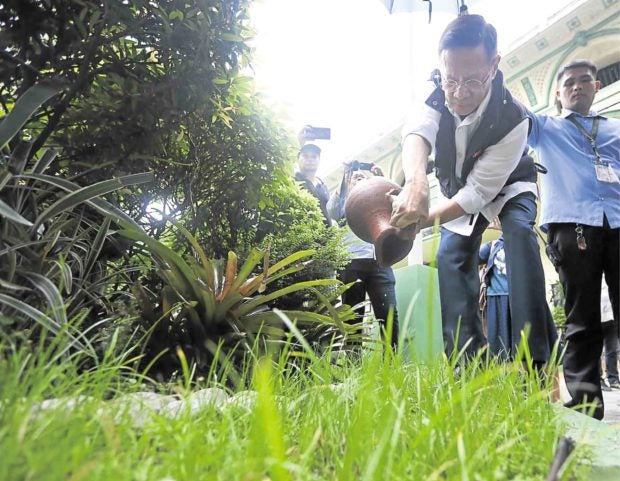 MANILA, Philippines — Health Secretary Francisco Duque III said on Tuesday that he would soon meet with Metro Manila mayors to discuss how to better curb the spread of dengue over the possibility that cases might increase in the National Capital Region (NCR) in the coming weeks.

As of Aug. 3, the overall number of dengue cases in the NCR stood at 11,247, with 45 deaths. While this was still lower than the 10,349 cases recorded during the same period last year, 10 cities had already surpassed the number of cases they reported in 2018.

Of these cities, only Taguig was classified to have breached the epidemic threshold which meant that the number of cases it had now were higher than its five-year average. Muntinlupa, on the other hand, was under close monitoring as it was hovering above the alert threshold.

“We will be meeting the mayors to give them a warning that there is a possibility that cases in NCR will spike. So there is a need for everyone to take precautions,” Duque said.

He added that more dengue cases were expected given that the mosquito-borne disease usually peaked in October.

While Quezon City, the most populated city in the NCR, reported the highest incidence of dengue deaths at 24, it has so far recorded just 3,151 cases, a 22-percent decline compared to 4,052 in 2018.

By regions, only the NCR and Central Luzon continue to report relatively lower dengue cases.

Incidentally, the two regions were included in the school-based immunization program of the controversial dengue vaccine Dengvaxia in 2016.