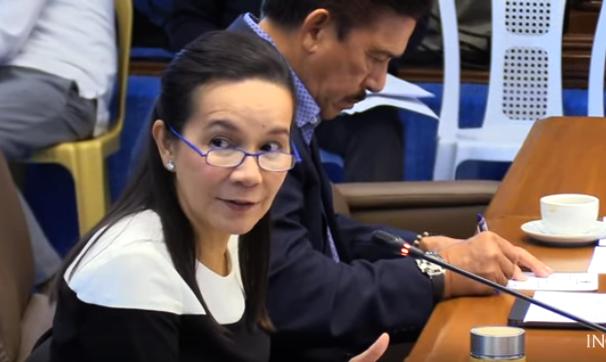 MANILA, Philippines — Building intermodal transport terminals within Metro Mania and putting up elevated walkways were just some of the suggestions lawmakers made in an effort to solve the worsening traffic along the capital’s busiest thoroughfare.

On Tuesday, the Senate Committee on Public Services conducted a hearing regarding the implementation of the provincial bus ban as well as on other traffic problems gripping Metro Manila.

Sen. Grace Poe, chair of the public services committee, said the hearing would serve as “an opportunity to clarify things before it gets messy.”

“Let me make this clear: I commend the MMDA for their resolve. As MMDA General Manager [Jojo] Garcia has said: ‘We need to start somewhere.’ But this is not a substitute for rational, consulted, and evidence-based policymaking,” Poe said in her opening statement.

During the hearing, Garcia stressed that the provincial bus ban was meant to decongest Edsa’s yellow lanes, which are exclusively for buses.

Out of the 6,500 buses, half are provincial buses while the other half are city buses, he added.

According to the MMDA official, the Department of Transportation (DOTr) wanted to integrate bus terminals into only four or five “big and modern” ones.

There are currently more than 40 bus terminals along Edsa.

“The direction of DOTr is taking is to remove these terminals because we can’t allow operators, just because they have money, to buy private property and then turn that into a terminal,” Garcia said, speaking in Filipino.

“Our terminals in Metro Manila have spread like mushrooms. They’re everywhere. So they [DOTr] want to integrate these into four or five big and modern terminals,” he added.

But since putting up these terminals could take years, Garcia said the government opted to look for already existing terminals to use as interim or temporary terminals, including one in Valenzuela City and another in Santa Rosa, Laguna.

But in an interview with reporters after the hearing, Poe said the concerned agencies probably lacked consultations with relevant sectors.

“Well, I guess we have seen that they lack consultations with various sectors,” she said. “We really need several terminals with connectivity.”

“But let’s be honest. If these terminals are a bit far, implementation [of the provincial bus ban] will not be orderly. So instead of banning them immediately, why don’t set up get intermodal terminals within strategic areas near Edsa?”

Poe also said creating an elevated walkway that would cover the entire Metro Manila could help alleviate the bumper-to-bumper traffic within the city.

“Come to think of it, many of our countrymen are already thinking about their health,” she said. “So why won’t we just do that? After all, the DOTr said they [the walkways] could quickly be done.”

Senate Majority Leader Juan Miguel Zubiri, who was present at the hearing, also proposed the construction of elevated walkways and bike lanes along Edsa.

The senator pressed the MMDA on “the elevated walkway project that has long been budgeted for by the national government and even included in the General Appropriations Act.”

“I see no clear logical reason why it was not implemented,” he said during the Senate inquiry.

“This project will not be met with much opposition since the government owns the land. We will have to talk only with the public utility companies, which I doubt would oppose this particular public-friendly project,” he added.

At the end of the hearing, Poe requested a simulation of the MMDA’s traffic decongestion proposal as well as its short and long-term transport master plan.

“Otherwise we will assume that this country does not have a transport plan,” she said.