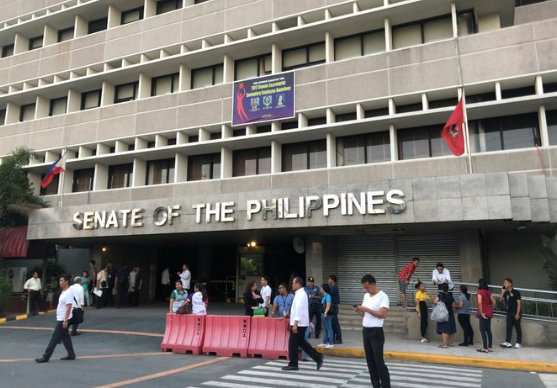 Senator Panfilo Lacson, who chairs the Senate Committee on National Defense and Security, said that reviving the anti-subversion law only encroaches the right to peaceful assembly and protest.

Senate Minority Leader Franklin Drilon echoed this, calling the law “a tool to harass” as he underscored that being a member of any organization is not a crime.

Further, Drilon stressed that he would be opposing the revival of the law “in the same manner” that he is “extremely against the reimposition of the death penalty.”

“The anti-subversion law was ‘buried’ a long time ago for it was proven that such a policy, aside from being prone to abuse and a tool to harass, undermined some of our basic constitutional rights,” Drilon said in a statement.

Neophyte senator Bong Go also rejected the revival of the law, while saying that he is for the resumption of peace talks and strengthening of the Human Security Act which also imposes penalties to acts of terrorism in the country.

“Whether we like it or not, talagang madadamay sila dito so sa ngayon I am not in favor of reviving the anti-subversion law,” he said.

Senator Grace Poe, meanwhile, said that the law should not be used to prevent the public from speaking up.

Interior Secretary Eduardo Año earlier proposed for the law to be restored, saying that 500 to 1,000 youths allegedly being “indoctrinated” by communist rebels every year.

Año added that leftist organizations reportedly recruiting students should be banned for being subversive and illegal.

The Palace on Tuesday said that the proposal needs to be studied.

Under the Anti-Subversion Law, membership of the Communist Party of the Philippines (CPP) and “any other organization having the same purpose” is punishable by up to 12 years in prison.