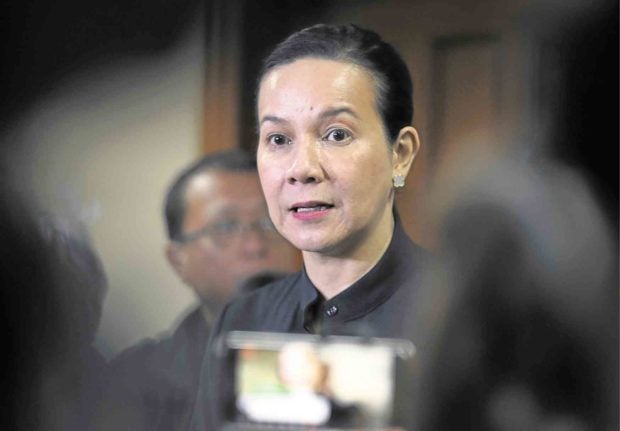 MANILA, Philippines — A law should not be used to weaken the mechanisms of democracy.

This was what Senator Grace Poe said Tuesday amid a proposal to put back a law criminalizing subversion.

“Ang alam ko, hindi ito kinatigan ng korte, kaya nga hindi natuloy,” Poe told reporters at the Senate when asked about her comment on the proposition to revive the Anti-Subversion Act of 1957.

It was Interior Secretary Eduardo Año who earlier suggested the revival of the Anti-Subversion Act to counter leftist groups’ alleged recruitment of university students to the underground movement.

The Anti-Subversion Act, which was enacted in 1957, had made membership to the Communist Party of the Philippines (CPP) and “any other organization having the same purpose” punishable by up to 12 years in prison.

However, it was repealed in 1992 as part of the peace negotiations between the communist rebels and then President Fidel V. Ramos.

Senate Minority Senator Franklin Drilon has already expressed opposition to the revival of the law, saying it was “prone to abuse” because it also “undermined” some basic constitutional rights such as the right to freedom of assembly and association.

“With all due respect to Sec[retary Eduardo] Año, mere membership in the CPP (subversion) is not a crime… Being leftist is far from being (a) terrorist,” Guevarra earlier said.

“As long as activism remains in the realm of ideology, there is nothing to be alarmed about. But once it flows into overt acts that threaten the national security or at least cause widespread fear among the people, the government has to step in, and step in really hard,” he added.

Guevarra then suggested that the Human Security Act should be strengthened instead to address the concern of Año. /kga