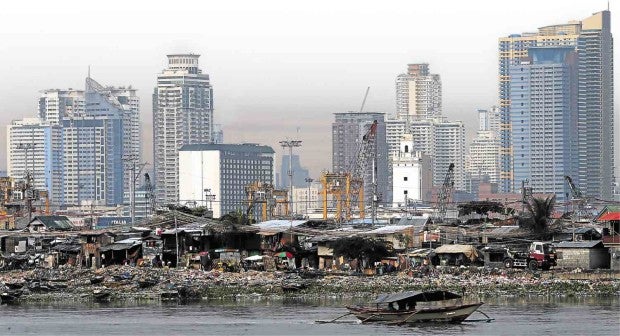 MANILA, Philippines — Manila Mayor Isko Moreno filed on Tuesday a recommendation for the suspension of all Baseco barangay officials for dereliction of duty.

“We are submitting before the DILG [Department of the Interior and Local Government] that these barangay officials should be suspended for their non-performance of obligations, not even cooperating with the campaign of eliminating illegal activities in this corner of the city,” Moreno said in joint press conference with Manila Police District director Brig. Gen. Vicente Danao and DILG Undersecretary Epimaco Densing.

In a tally Danao presented during the conference, 63 firearms and several explosives were seized during the “Simultaneous Anti-Criminality and Law Enforcement Operations” (SACLEO) conducted on Sunday afternoon in Baseco.

A total of 722 individuals were also rounded up in violation of various city ordinances, 70 motorcycles were impounded, and 37 were arrested for drug-related cases.

Apart from the firearms and individuals arrested for drug cases, authorities also seized nine video karera machines found within the area of Baseco during the SACLEO.

He then urged the chairmen of barangays in Manila to cooperate with the Philippine Drug Enforcement Authority, Philippine National Police, and other authorities in resolving illegal activities in Manila. /jpv

Read Next
Elephants are still dying at an alarming rate in Nepal
EDITORS' PICK
How Filipinos are embracing digital technology amid the coronavirus pandemic
LIST: Quarantine status of provinces, cities in PH until July 31
Win the Samsung Galaxy S20+ BTS Edition at the Smart K-Quiz Night on July 18
Cebu City status downgraded from ECQ to MECQ until July 31
Metro Manila stays under GCQ until July 31
Water remains our saving grace right now
MOST READ
ABS-CBN to start retrenchment by end of August, as franchise remains elusive
Defensor dares Tañada to public debate on ABS-CBN franchise issue
Metro Manila stays under GCQ until July 31
Escudero tells Duque: ‘Please just do your job without fooling yourself or us’
Don't miss out on the latest news and information.