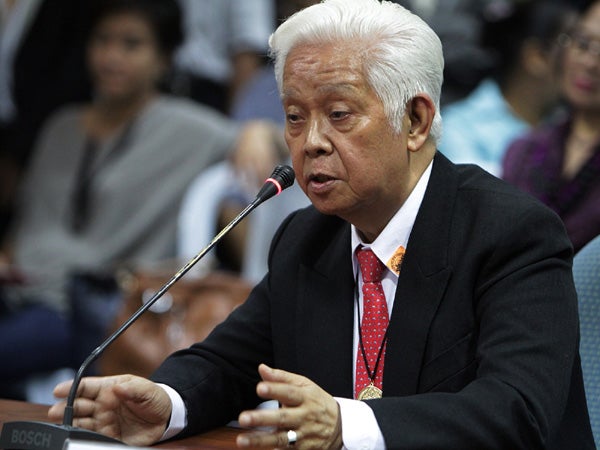 MANILA, Philippines — Former Commission on Elections (Comelec) Chairman Sixto Brillantes on Tuesday said that he would seek the cancellation of the Duterte Youth party-list’s registration as it continues to make a mockery of election laws and also tarnishes the name of the President.

Brillantes issued the statement after Duterte Youth again submitted Roland Cardema’s name as its first nominee despite being disqualified by the Commission on Elections (Comelec).

Citing the alleged “mockery” being given by the Duterte Youth to the commission, Brillantes gave an advice to the party-list on where they should file documents.

Aside from the re-nomination bid of Cardema, Brillantes also slammed the move of Duterte Youth party-list to include Cardema’s wife, Ducielle Cardema, as its second nominee.

It could be noted that Ducielle was the first nominee of Duterte Youth party-list before Ronald made a last-minute substitution on May 12, or a day before the midterm elections.

Brillantes, together with Aunell Angcos, who is a representative of the youth group Millennial PH, filed an opposition paper at the Comelec rejecting the refiling of nomination of the Duterte Youth.

Angcos, who was also one of those opposing Cardema’s nomination bid before, then gave an advice to the latter.