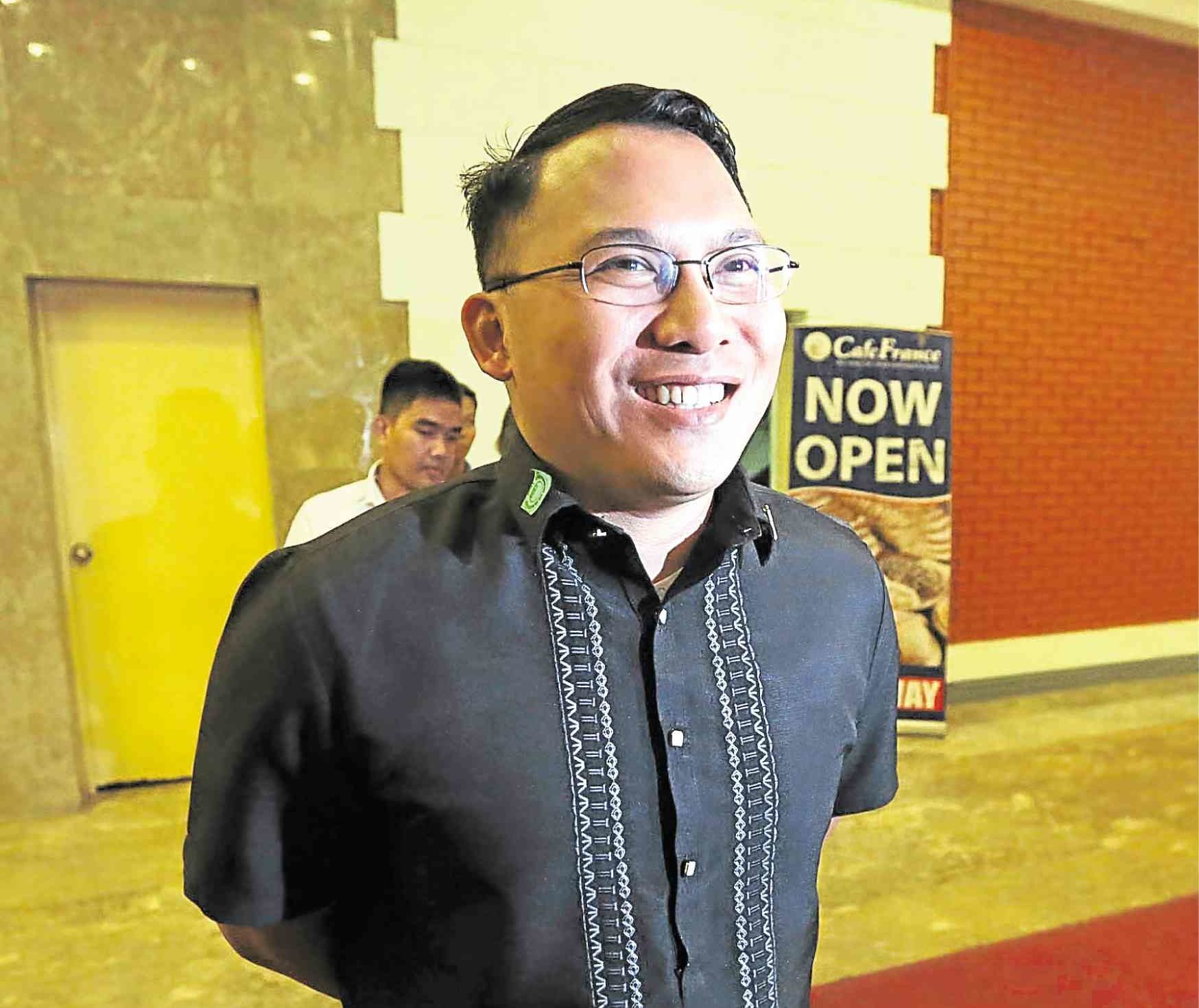 A day after the Commission on Elections (Comelec) disqualified Ronald Cardema as the first nominee to the House of Representatives of Duterte Youth, the proadministration party list group filed a new list of nominees that included him and still put him at the top.

Listed on the certificate of nomination that Cardema himself, as the group’s chair, signed and filed on Tuesday afternoon, were him as first nominee, followed by his wife, Ducielle Marie Cardema.

There was no comment from the Comelec on Wednesday about Duterte Youth’s new filing.

In a press conference on  Wednesday, Election Commissioner Rowena Guanzon said she had directed the Comelec’s law department to look into the possibility of filing an election offense case against Cardema.

Guanzon was referring to Cardema’s false declaration on his certificate of nomination and acceptance that he was eligible to run as a representative of a youth party list  group even if he was already 34 years old, or beyond the limit set by the Party List System Act for youth sector representatives.

Under the law, representatives of youth party list groups should be 25 to 30 years old on Election Day.

On Monday, the Comelec’s First Division junked Cardema’s nomination as Duterte Youth  representative to the House for material misrepresentation of his eligibility.

Duterte Youth and Cardema may file a motion for reconsideration with the full commission.

“I have sent a memorandum to the law department to initiate an investigation [of] the probability that Ronald Cardema may have committed the criminal offense of material misrepresentation by stating under oath [on] his certificate of nomination and acceptance and that he is qualified to be representative of the youth sector,” Guanzon said.

“If the law department recommends that there is probable cause, they will submit that to the [full commission] for approval. If the [commission] approves it, an information will be filed against him for violating the Omnibus Election Code and it will proceed as a criminal offense in the court,” she said.

Under the election law, anybody found guilty of any election offense will be punished with imprisonment of one to six years, disqualification from holding public office and deprivation of the right of suffrage.

Guanzon, in her separate concurring opinion, accused Cardema of deliberately and intentionally misrepresenting his eligibility and qualifications.

On Wednesday, she questioned Cardema’s presence at gatherings and meetings of the Party List Coalition in the House despite the pending case against him and his eventual disqualification.

She said Cardema had no personality to attend the meetings as he had not been issued a certificate of proclamation.

Guanzon urged the Party List Coalition led by 1-Pacman Rep. Mikee Romero to take a stand on the matter and issue a statement.

“Mr. Cardema has attempted to circumvent the party list act and he makes all of them (party list representatives) look bad,” she said.

Guanzon said the Comelec would not issue a proclamation certificate to Duterte Youth in light of Cardema’s disqualification.

The proclamation certificate  is a House requirement for allowing winning congressmen to assume their posts.

“They have the right to appeal to the [full commission] and all the way to the Supreme Court, but the Comelec has ruled that we will not issue a certificate of proclamation to Duterte Youth pending the litigation of this case, especially that [Cardema] has been found disqualified by the Comelec First Division,” Guanzon said.

“The secretary general of the House of Representatives already said that they would abide by the decision of the Comelec, which means they would not allow Cardema to assume office,” she added.

Guanzon again tagged Cardema in new threats against her and her family, saying he should answer the allegation publicly.

“Whether or not he is directly responsible for it, I still believe Mr. Cardema should come out to the public and deny it because I want to hear him answer my accusation that his group or gang are threatening harm to myself and members of my family,” Guanzon said.

She said there was a “limit to what [Comelec officials] can ignore in these instances.”

“I can defend myself, but if you threaten my family and they have nothing to do [with] my work, that’s another matter. You will answer to me,” Guanzon said.