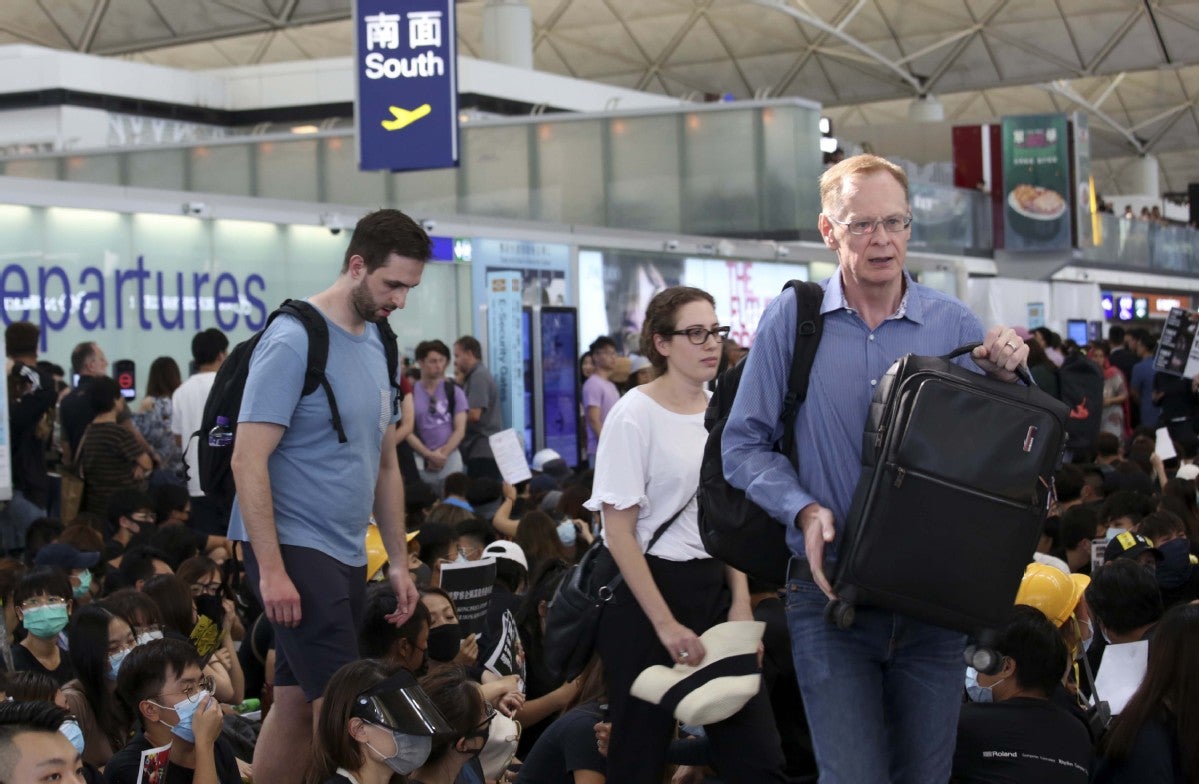 HONG KONG— Violence has escalated to a point that smacks of terrorism in the Hong Kong Special Administrative Region, China’s top authority on the city’s affairs warned on Monday.

In Beijing, Yang Guang, a spokesman for the Hong Kong and Macao Affairs Office of the State Council, said radical protesters have repeatedly attacked police officers in the past few days and have committed serious violent crimes. Such violence has begun to show the “first signs of terrorism”, Yang said.

“We express our strong indignation and condemnation of this sinister, reckless and serious crime,” Yang said.

Such violent acts have brutally violated the rule of law and social order in Hong Kong, seriously threatened the lives of Hong Kong citizens and challenged Hong Kong’s prosperity and stability, he added. Such acts must be “resolutely cracked down upon” in accordance with the law, and the affairs office firmly supports Hong Kong police enforcing the law and bringing criminals to justice as soon as possible.

“There is no place in the world that would tolerate such atrocious, violent acts. Hong Kong will slide into the abyss if such acts of terror are allowed,” the Liaison Office of the Central People’s Government in the Hong Kong SAR said in a statement.

The most urgent and common aspiration of the Hong Kong public is to end violence and restore peace and order, the liaison office added.

The past weekend saw illegal protests on Hong Kong Island, in Kowloon and the New Territories, as protesters adopted hit-and-run tactics.

A total of 149 people were arrested for taking part in the illegal protests and suspicion of committing violent acts over the weekend, according to the police.

Fifteen of them were classified as “extreme violent rioters”. They were arrested in relation to the protests in Causeway Bay on Sunday night. Police said they classified the 15 suspects because they had allegedly used “lethal weapons”.

Deputy Police Commissioner Chris Tang Ping-keung said the police have zero tolerance for violence.
Meanwhile, around 4 pm on Monday, Airport Authority Hong Kong canceled the day’s remaining flights after thousands of protesters swarmed the main terminal building for a fourth day, the biggest disruption yet to the major aviation hub since demonstrations began in early June.

The cancellations came after operations at Hong Kong International Airport had become “seriously disrupted” by the sit-in, the authority said.

On the same day, Hong Kong’s Secretary for Transport and Housing Frank Chan Fan said in a news conference that the unlawful assembly will lead to enormous losses, damaging the economy and the livelihoods of airport staff, he said.