US looks to work with new Guatemala president on migration 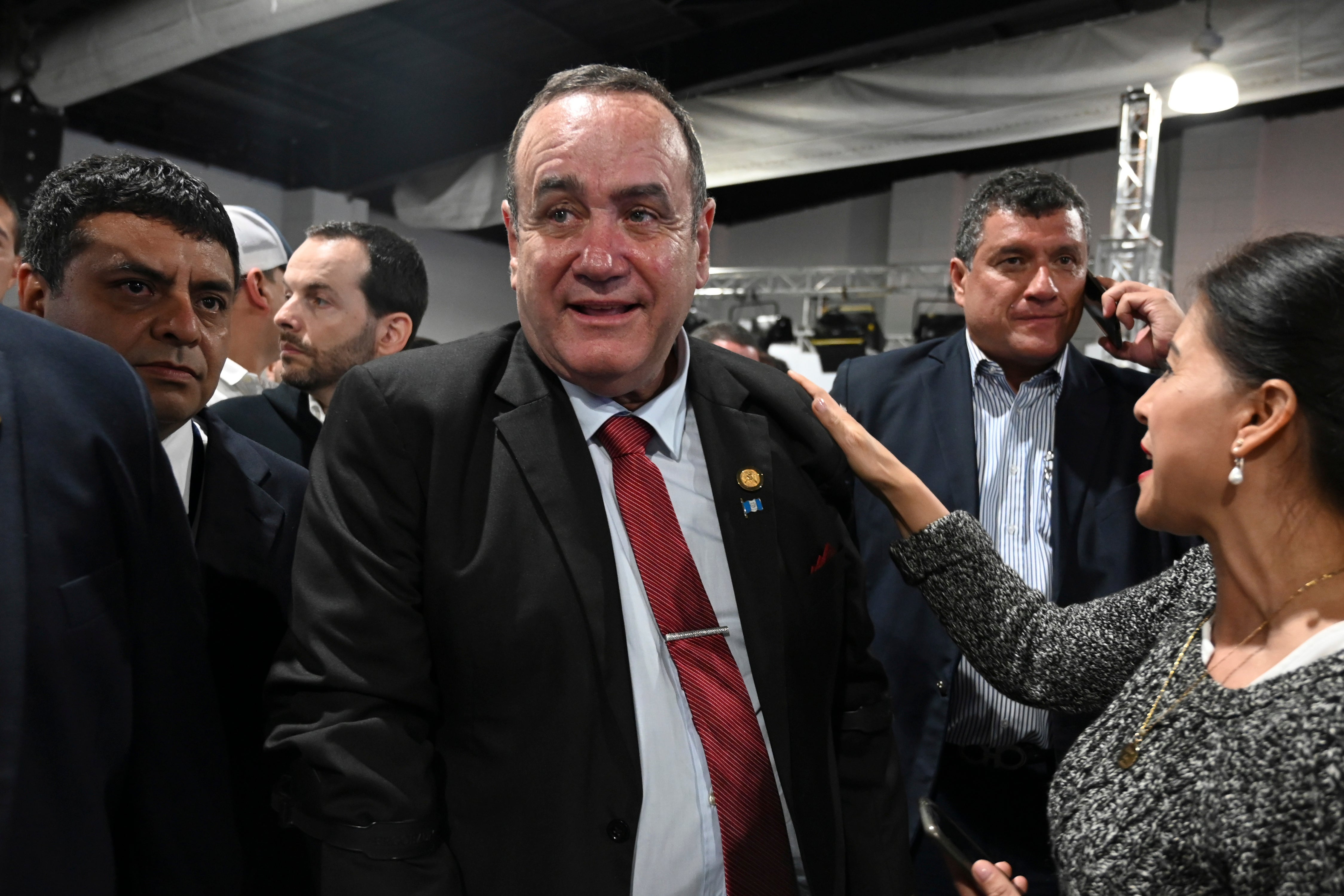 Guatemalan candidate for the Vamos (Let’s Go) party Alejandro Giammattei, is greeted by a woman next to his running mate Guillermo Castillo (R) after the results were announced of the run-off presidential election at the computing center of counting votes in Guatemala City on August 11, 2019. – Conservative Alejandro Giammattei has been elected president in Guatemala, sweeping to victory on promises to stem mass migrations to the United States by combating poverty, corruption and violence in the Central American country. (Photo by Johan ORDONEZ / AFP)

WASHINGTON — The United States on Monday congratulated Alejandro Giammattei on winning Guatemala’s presidential election and pledged to work with him on halting migration from the Central American country.

Giammattei, a conservative, defeated former first lady Sandra Torres in a run-off Sunday, garnering more than 58 percent of the vote.

“The United States shares a deep, historic relationship with Guatemala and looks forward to continuing our close partnership on a number of areas of mutual national interest, including addressing the underlying conditions driving irregular migration,” US Secretary of State Mike Pompeo said in a statement.

Giammattei will take over in January from corruption-tainted President Jimmy Morales, who congratulated his successor after the vote and promised a “transparent and orderly” transition.

He will be under immense pressure from the US to implement a controversial migration pact that would allow Washington to send most Honduran and Salvadoran asylum seekers who passed through Guatemala back to the poor, crime-ridden country.

Giammattei has avoided taking a strong position on the US deal, which has been the subject of criticism in Guatemala.

A poll commissioned by the Prensa Libre newspaper found that 82 percent of those surveyed opposed it.

But US President Donald Trump had threatened Guatemala with a travel ban, tariffs and a tax on remittances if it did not yield.

More than 250,000 Guatemalans were detained between October 2018 and July this year for trying to enter the US illegally, the American embassy said.

Almost 60 percent of Guatemala’s 17.7 million citizens live in poverty, and the country has one of the highest murder rates in the world.

A 63-year-old doctor, Giammattei has vowed to fight criminals and drug traffickers with “testosterone” and restore the death penalty. /muf