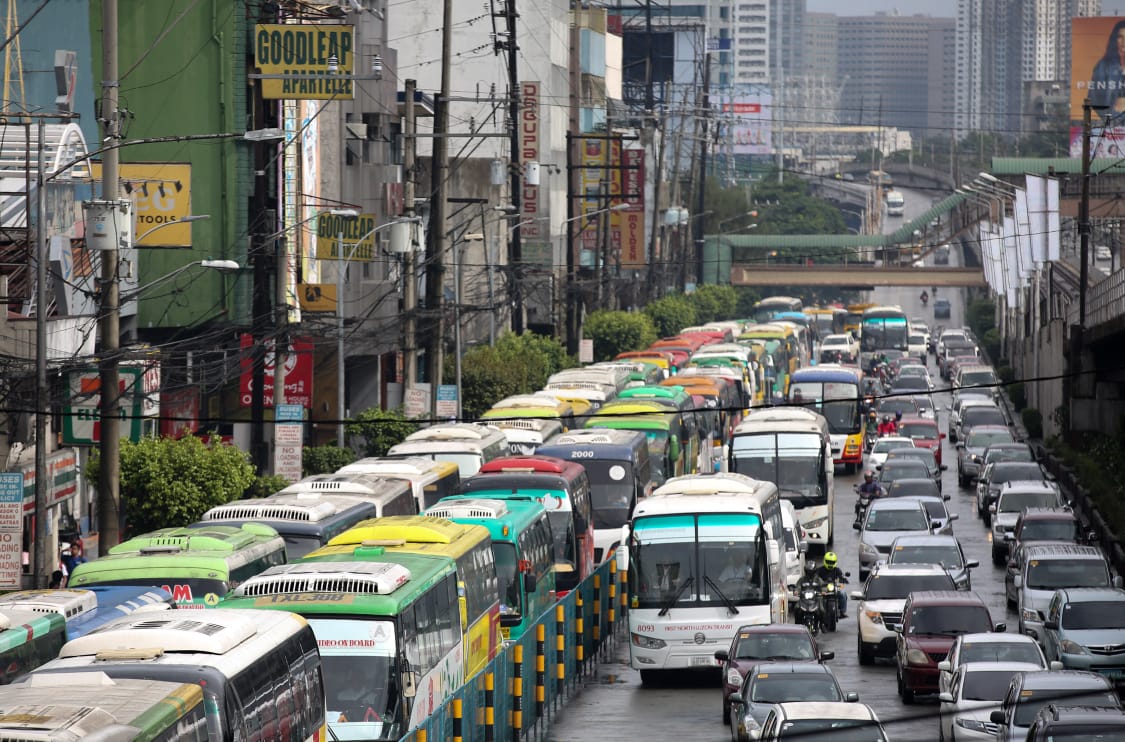 MANILA, Philippines — The Metropolitan Development Authority (MMDA) will hold another dry run of its provincial bus ban policy along Edsa once the court lifts its temporary restraining order.

Violators would be slapped with a fine of P5,000 for bus operators and P1,000 for drivers, Nebrija said.

The Quezon City Regional Trial Court, acting on a petition filed by bus operators, issued an injunction early this month, stopping the MMDA from implementing the ban meant to decongest traffic on the capital’s busiest thoroughfare. The agency said it would file a motion for reconsideration.

The MMDA implemented a voluntary dry run on August 7, but Nebrija said it was a failure.

“Pumalpak po yung dry run because it was voluntary, it’s not the dry run that we wanted to have. Ang dry run na gusto namin is lahat po magpa-participate so we can get the assessment,” he said.

MMDA spokesperson Celine Pialago has said that out of the 2,736 buses plying Edsa and covered by the policy, only 136 took part in the pilot test.

The proposed ban is propped up by the  Land Transportation Franchising and Regulatory Board’s Memorandum Circular No. 2019-31, which amends the buses’ routes to end at interim terminals on the metro’s fringes, and Metro Manila Council Resolution No. 2019-2, which enjoins city governments to close down bus terminals along Edsa.

But Quezon City RTC Branch 223 Judge Caridad Walse-Lutero said both the MMDA and the LTFRB seemed to have abused their police powers when they amended the routes of provincial buses and ordered the closure of provincial bus terminals along Edsa without sufficiently consulting the ban’s stakeholders.

Lutero’s decision also quoted the LTFRB’s own data and used it against the agency. The LTFRB claimed that buses occupied a third of Edsa’s road space, while private cars constituted 72 percent of the road traffic.

“It would seem that the conclusion reached by the LTFRB that provincial buses are the main reason for the traffic is incorrect,” the judge said.

“The closure of the plaintiffs’ terminals has far-reaching effects. It would affect not only their respective businesses, but their respective contracts with others,” Lutero added. “While as a rule, the right to income or earning does not prevail over public welfare, in [this] case, the court has not yet been presented with a clear basis or sufficient justification for the issuances.” With Krixia Subingsubing, Philippine Daily Inquirer