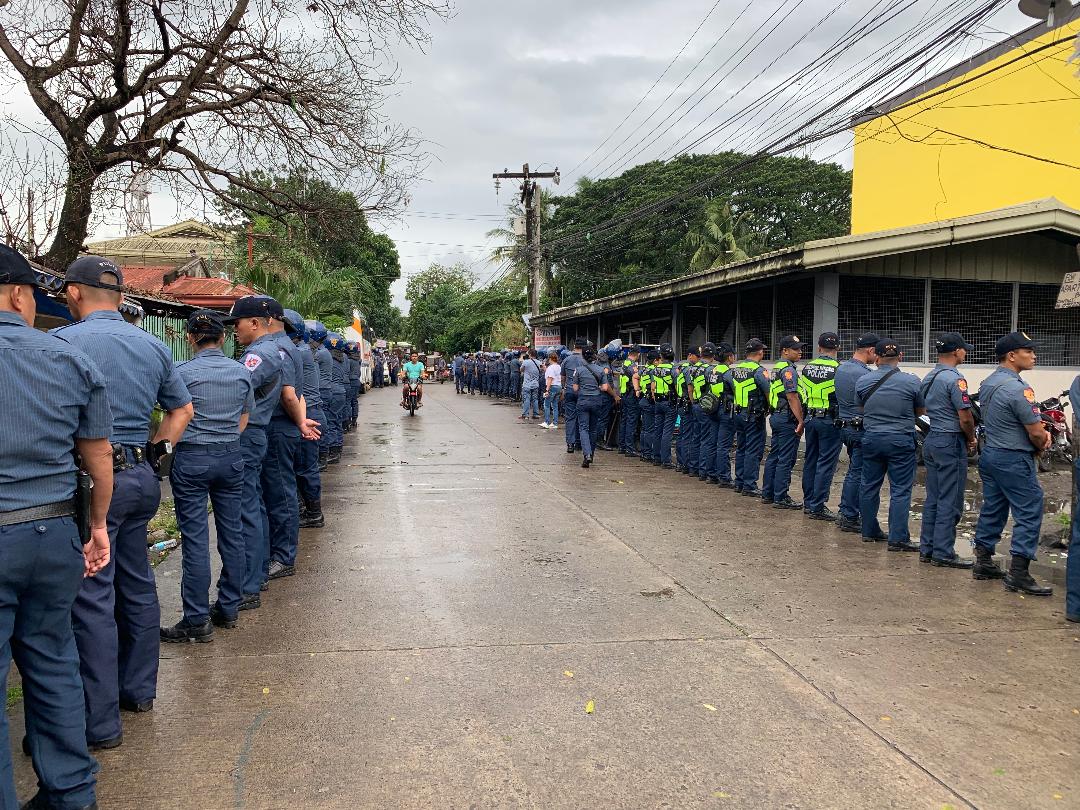 The anti-riot police line up outside the Yanson Group of Bus Companies’ headquarters on Thursday afternoon. INQUIRER PHOTO/CARLA GOMEZ

BACOLOD CITY –– The matriarch of the feuding Yanson clan has regained control of the largest bus company’s headquarters in Barangay Mansilingan, Bacolod City after the police-led operation at dawn today, August 9.

Olivia Yanson and her son Leo Rey now have full control of the Yanson Group of Bus Companies (YGBC), which includes 15 branches in the Visayas and Mindanao.

The taking over of the headquarters capped a four-day drive by the Philippine National Police’s Supervisory Office for Security and Investigation Agencies to reinstall the Armored Guards Negros Security Agency (AGNSA) of the Olivia-Leo Rey camp at the firm’s Bacolod south terminal and headquarters.

They took over the headquarters on July 7 and the south terminal of the bus firm in Bacolod City on July 20 and installed their A-Y 76 Security Specialist Guards.

The Yanson 4’s takeover was staged after they ousted their brother Leo Rey as president of YGBC in a special board meeting on July 7 and installed their eldest brother Roy as president.

Leo Rey, who is allied with his mother and sister Ginnette Yanson Dumancas, has refused to step down, calling the takeover illegal.

The siblings are locked in an intra-corporate legal battle for control of their multi-billion peso bus empire that operates in the Visayas and Mindanao.

Olivia has also filed a suit against the Yanson 4 to demand the return of her shares of stocks in the YGBC that she and her husband built. 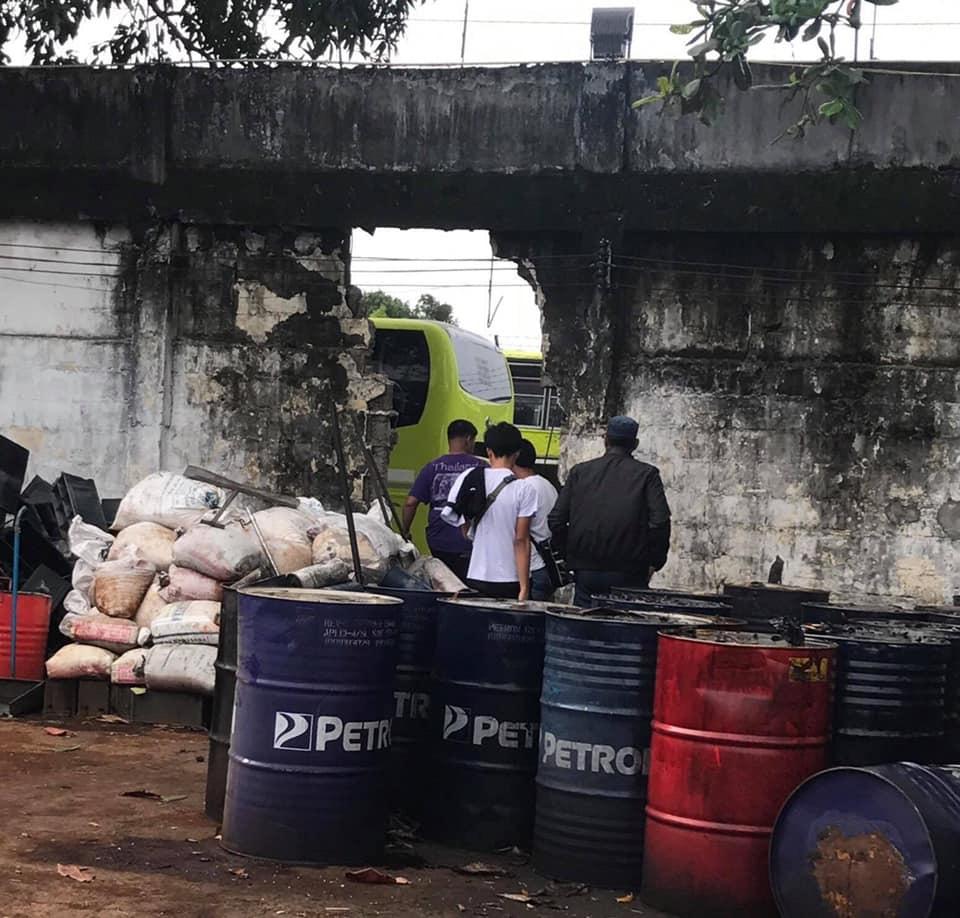 The police bore a hole in the fence so they could enter the Yanson Group of Bus Companies’ headquarters. INQUIRER PHOTO/CARLA GOMEZ

About 5 a.m. on Friday, an attempt to open the main gate to the headquarters was foiled when someone threw acetylene at the welder causing him to suffer burns.

The Yanson 4 camp denied throwing acetylene at the welder brought in by the police to gain entry.

It claimed that tear gas was also thrown over the main gate, but the police denied doing so.

The police and the AGNSA guards were eventually able to gain entry into the headquarters by making a big hole into the cement fence of the YGBC  headquarters.

Sheila Sison, the lawyer of the Yanson 4, said they condemned the “siege” by the police.

What happened this morning at the YGBC headquarters, she added, was unfortunate and traumatizing to her clients.

“They were threatened, intimidated and harassed by the mere presence of an overwhelming number of PNP personnel,” she said.

“It is a pattern of abuse of authority and disregard for due process,” she added.

Sison said her clients would avail themselves of and exhaust all legal remedies.

“I trust that the PNP chief will look into this matter… It’s a display of everything wrong in our system,” she said.

Negros Occidental Gov. Eugenio Jose Lacson arrived at the YGBC headquarters on Friday morning, saying he was there to check on his girlfriend, Emily.

“I am just hoping that the incident at the south terminal will not happen where water and electricity were cut off,” he said. /lzb