‘Now, everyone is equal in country,’ says Modi in special broadcast |

‘Now, everyone is equal in country,’ says Modi in special broadcast 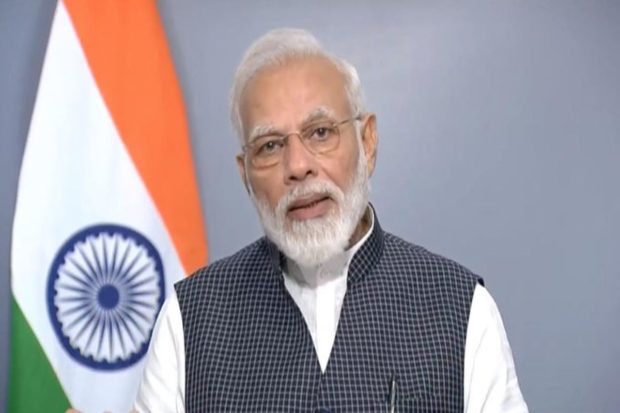 Prime Minister Narendra Modi has defended his government’s move to eliminate the special status of Kashmir, noting “we took a historical decision.”

In a special broadcast, Modi addressed the nation on Thursday, August 8, saying that as a country and as a family “we took a historical decision. Our brothers and sisters from Jammu and Kashmir and Ladakh were deprived, but now they have equal rights. Now, everyone is equal in the country.”

“Abolition of Article 370 from Jammu and Kashmir was the dream of Sardar Patel, Baba Saheb Ambedkar, Shyama Prasad Mukherjee, Atal Bihari Vajpayee and crores of patriots. It is now a reality.”

“We used to live under the impression that we can change nothing and it will remain the same. We thought the same about Article 370 that it will stay forever but we removed it.

No one could tell how Article 370 benefited the people of J&K it rather created a big divide among the people. Even the laws of the land were not applicable but now the law is same for everyone,” he added.

Slamming Pakistan, Modi said that the neighboring country used Article 370 as a weapon of terror that resulted in the death of more than 40,000 people since 1989.

“In every state of the country, children have the right to education but the children in J&K didn’t have this advantage, now they will get the best education. Even the Police officers and government employees and common people of Jammu and Kashmir and Ladakh will enjoy the benefits of reservation,” he noted.

“Jammu and Kashmir would not stay a Union Territory forever but Ladakh will continue to remain one,” the prime minister also said, adding that now people will elect their own representatives and “we will eliminate terrorism from Jammu and Kashmir.”

“Jammu and Kashmir and Ladakh would become world-class tourism hubs and once again the filmmakers from India and abroad will shoot their movies there,” said Modi.

“Let’s all work together for the development of Jammu and Kashmir and Ladakh,” he also said, adding that elections would be held soon.

Thanking the security forces for their services and dedication in maintaining peace in J&K, Modi further said the government will ensure that the festival of Eid passes off peacefully. /kga