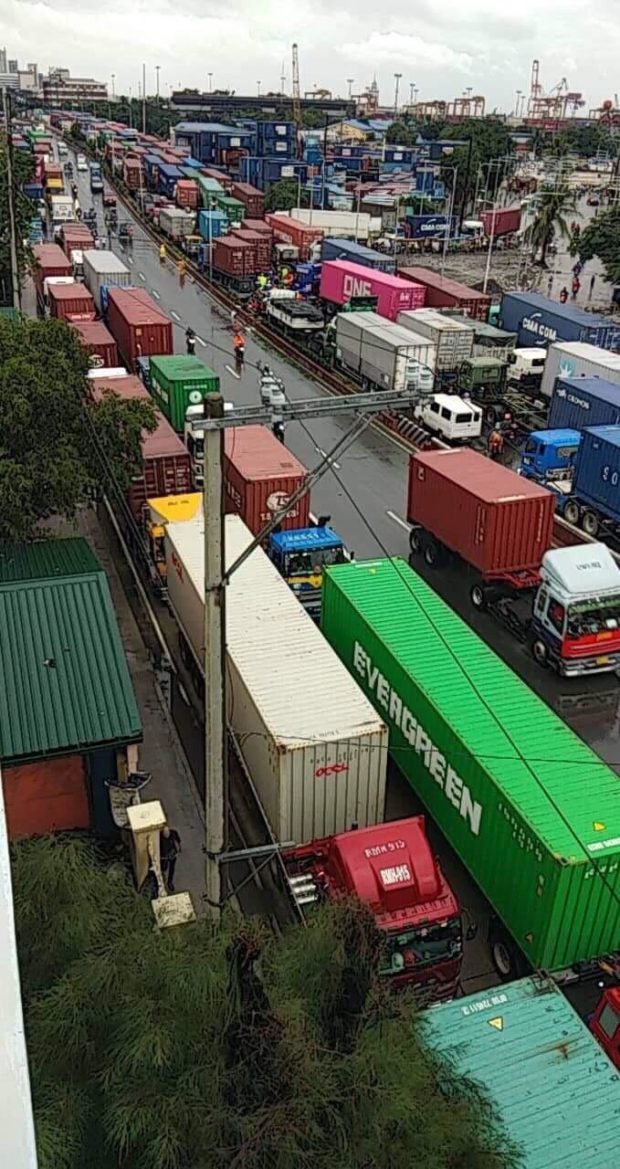 Photo from the Manila Disaster Risk Reduction and Management Office.

MANILA, Philippines — Motorists were advised on Friday to avoid Roxas Boulevard, R10 and other adjacent roads in Manila leading to and from Port Area as heavy traffic is being experienced in the area.

In a statement on Friday, the Manila City government said the heavy traffic is being caused by the long buildup of container trucks queueing to and from the South Harbor and Manila International Container Terminal (MICT).

The Manila government said the Philippine Ports Authority (PPA) informed the local government that port operations in South Harbor have been “shut down” since Thursday because of “severe wind disturbance.”

The PPA said intermittent wind speed patterns, uncertainty in operations cause a “stop-go” situation of port operations or a full suspension at discretion of operators.

As a result, container trucks remain stuck at port gates causing massive gridlock along roads leading to and from the Port Area.

He added the heavy traffic could last until Friday night.

The city government assured that it is coordinating with PPA and the Metropolitan Manila Development Authority (MMDA) to assist motorists during the heavy traffic. /jpv