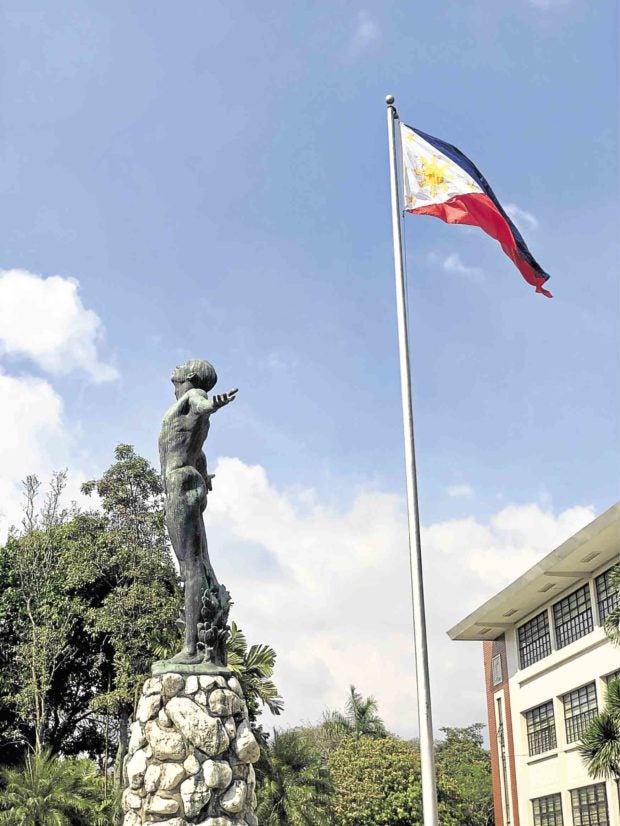 RECRUITMENT DETERRENT Since the University of the Philippines is on government property, policemen should be allowed access, according to the PNP. —MATTHEW REYSIO-CRUZ

Police Gen. Oscar Albayalde, the Philippine National Police chief, has called for a review of agreements denying lawmen access to schools, particularly the University of the Philippines (UP).

Albayalde maintained that freely giving the police access to schools was one way to prevent communists from recruiting students on campuses nationwide.

At a press briefing on Thursday in Camp Crame, he challenged Anakbayan to answer the accusations of the parents of a missing Far Eastern University senior high school student whom the militant group allegedly recruited and brainwashed.

“They [Anakbayan] should answer the charges and reveal to the parents where they have taken the girl,” Albayalde said.

“Why are they [Anakbayan] blaming us? We are not the ones at fault. They should answer the parents. They should not be saying that this is the government’s scheme. That this is the scheme of the AFP (Armed Forces of the Philippines) and the PNP,” Albayalde said, replying to Anakbayan’s claim that the charges were aimed at discrediting activism.

The PNP chief said that his men were searching for the missing student but added: “What we are afraid of is she may already be in the mountains. She might get caught in the crossfire of an armed encounter between security forces and the rebels.”

He remarked that should such a thing happen, it would expectedly be described by groups with ties to the Communist Party of the Philippines-New People’s Army as a violation of human rights, stressing, “Who is violating human rights here? Is it the PNP, military or them?”

He said that having policemen on campuses was a way of deterring recruitment by communist rebels. “Actually we’re doing that but you know some of these campuses, they don’t like uniformed personnel.”

“I have already asked the good Senator (Ronald dela Rosa) to review the memorandum of understanding or agreement between the DND (Department of National Defense) and UP,” Albayalde said, referring to a document governing military and police operations on UP campuses.