Nabbed: The thief who took his time, robbing a house over two weeks 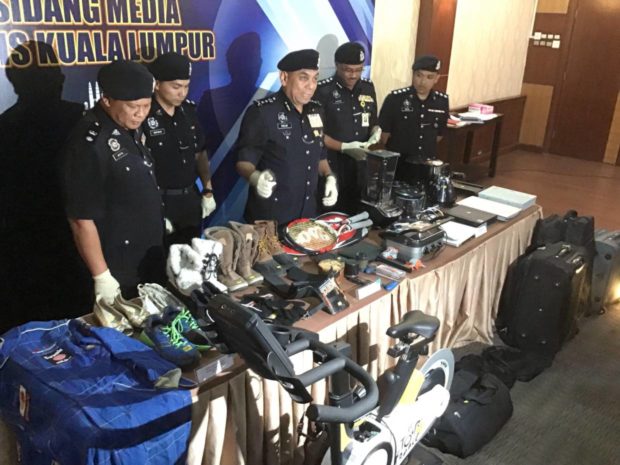 KUALA LUMPUR — He had seemingly stumbled into the mother-lode: a house whose owner was abroad.

Starting slowly, he would periodically break into the house to steal anything and everything he could carry on his motorcycle.

He did this for around two weeks, making a profit by selling the stolen goods as scrap.

Among the many items he carried away on his motorcycle was an exercise bike, which he disassembled into pieces.

But the long arm of the law ultimately caught up with him.

When the 68-year-old house owner returned after a trip back to his home country of New Zealand, he realized his house had been ransacked. He lodged a police report on Aug 1.

“Police forensics investigated the scene and a suspect was identified. He was traced down on Aug 6 as he was making his way home near the Pantai Baru PPR (people’s housing project)..

It is believed that while the victim had installed alarms and CCTV cameras, none were operational.

DCP Roslan added that the suspect had a criminal record for six burglary and drug related offenses.

He also advised the public to take precautionary steps to prevent crimes like this.