Duterte to visit Guimaras; condole with kin of those who died in capsized boats 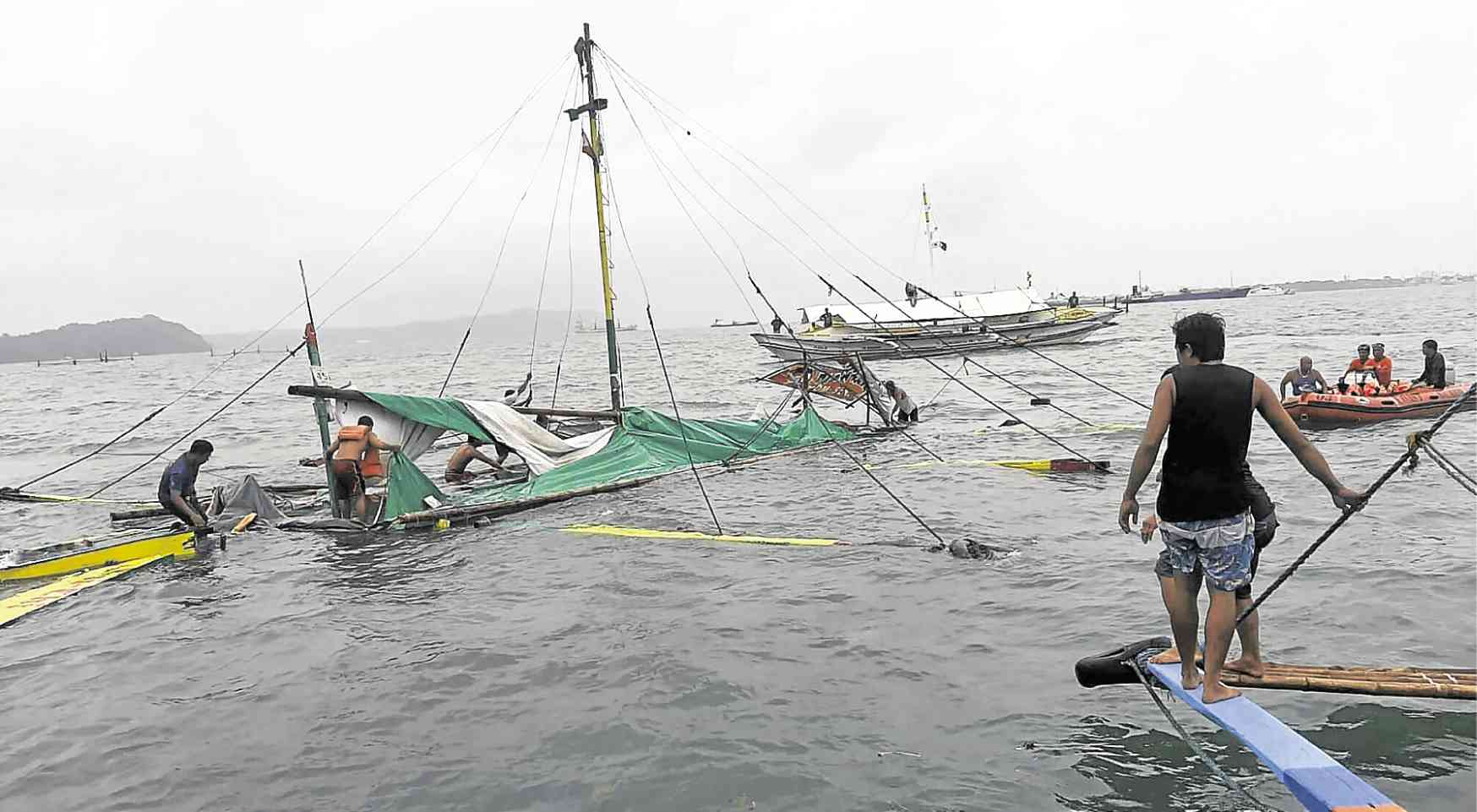 SEA RESCUE Rescuers and volunteers check the wreckage of one of the three boats that capsized on Saturday in the waters between Iloilo and Guimaras provinces. At least 28 passengers and crewmen died in the accidents. —PHOTO COURTESY OF PHILIPPINE RED CROSS VIA AP

MANILA, Philippines – President Rodrigo Duterte will visit Guimaras province on Wednesday to condole with the families of those who died after three motorboats capsized in waters between Iloilo and Guimaras provinces.

“I saw there’s a Guimaras in the schedule.  I just don’t know the time,” presidential spokesperson Salvador Panelo in a Palace briefing on Tuesday.

Malacañang earlier called for “more prudence and caution” in sea travel after three motorized boats capsized off Iloilo and Guimaras provinces over the weekend, killing at least 28 people.

The motorboats Chi-Chi and Jenny Vince sunk after powerful waves battered the boats on Saturday.   /muf

Read Next
Hundreds in Occidental Mindoro evacuated due to ‘Hanna’
EDITORS' PICK
Gov’t urged to shift public transport system to service contracting
Leveling up your ‘lutong bahay’ with the kitchen companion you never knew you needed
Cherry Mobile teams up with Cloud Panda PH, launches online store
WATCH: Mga eskwelahan na ginawang quarantine facility, binigyan ng dalawang linggo para linisin
MMDA: Commuters to blame for chaos
Crisis seen in absence of jeepneys in Metro Manila
MOST READ
MMDA to sue, slap P1,000 fine on bike group
MMDA: Commuters to blame for chaos
‘I am a natural-born Filipino’ — Gabby Lopez
Calida ‘just the lawyer, not the client’ and must ‘never lose his cool’ – Macalintal
Don't miss out on the latest news and information.