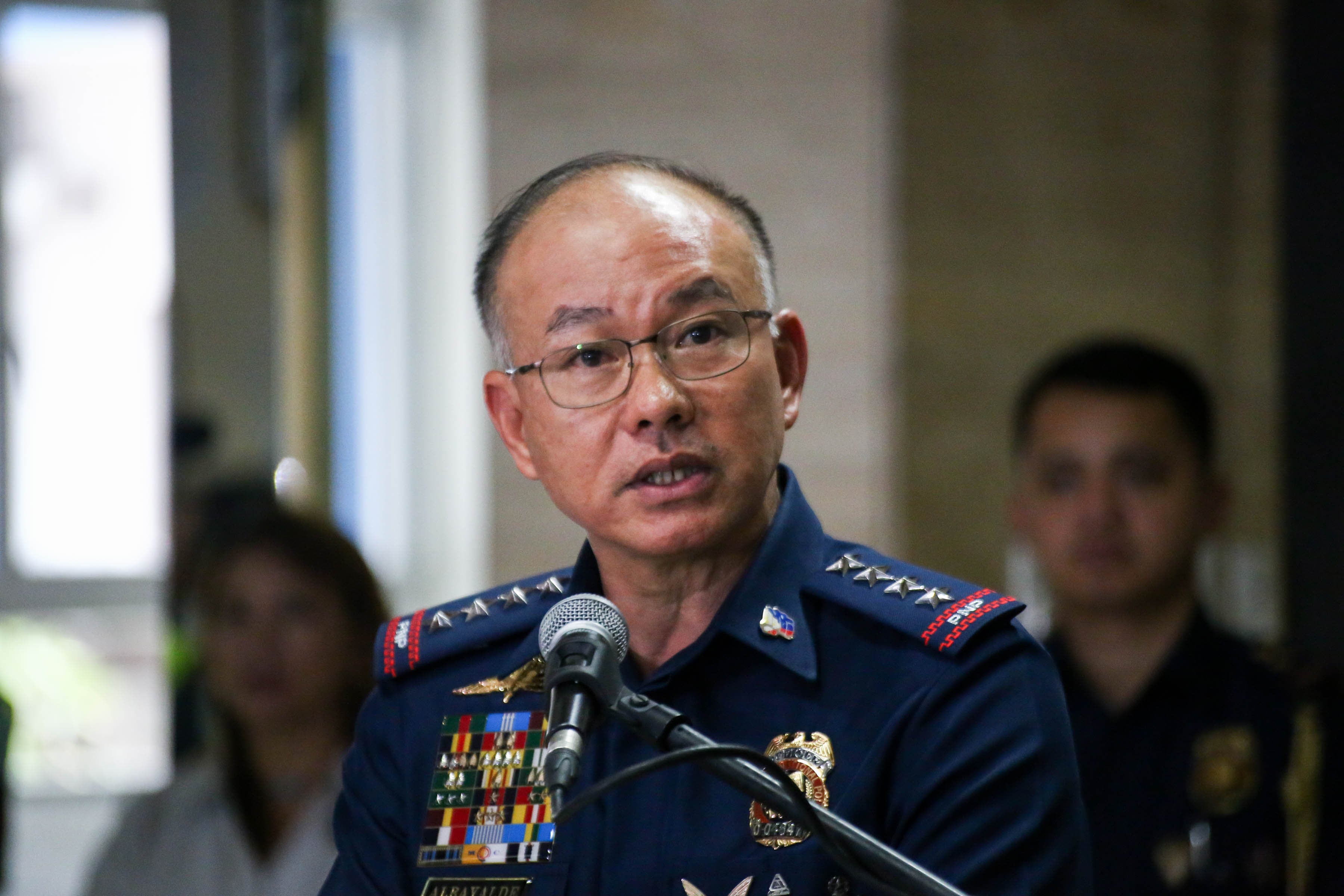 MANILA, Philippines — The Philippine National Police (PNP) will strengthen its operations in areas within Northern Luzon after the Armed Forces of the Philippines (AFP) received reports of possible terror attacks in provinces within the region.

PNP chief Gen. Oscar Albayalde said Tuesday this is one of his orders to his subordinates in areas within the jurisdiction of the AFP – Northern Luzon Command (Nolcom), such as Ilocos Region, Cagayan Valley, Central Luzon, and Cordillera Administrative Region, to prevent atrocities from happening.

(What we said to our police there is number one, they should validate the information. Number two, while validating the information, they have to maintain vigilance and strengthen intelligence monitoring, target-hardening measures, and police intervention activities like checkpoints, Oplan Sita, presence and visibility.)

He added that the local police should increase their visibility near churches, which he said have been the target of the Islamic State of Iraq and Syria (ISIS) to stir conflict between Christians and Muslims.

The AFP had earlier issued an “alert memo” ordering intelligence units of Nolcom to heighten intelligence monitoring amid reports that some establishments and churches are being targeted for a terror attack.

The memo said that ISIS is using the term “Crusader Cities” in describing target areas to fuel the “Bandar Crusade” or war between Christians and Muslims. “Crusaders Churches,” meanwhile, is the generic term for historic Catholic churches.

As of this time, Albayalde said the PNP will not raise its alert status in Northern Luzon and that the intelligence information mentioned in the memo will be jointly investigated by the police and the military.

“If need be, pwede kaming magtaas ng alert status kung may makita tayo na talagang may basehan (If needed, we can raise our alert status if we see there is a basis to do that),” he added. /je

ADVERTISEMENT
Read Next
BREAKING: August 7 dry run of provincial bus ban on Edsa to proceed – MMDA
EDITORS' PICK
In speaking out, young athletes prove they are more than just the sum of their skills
COOCAA TV Bounce Back Sale offers up to 50% off
Sotto: Duterte could get terror bill next week
Smart launches new LTE-Advanced Pocket WiFi Plans starting at P699 per month
DOH: Presymptomatic infection possible
Cherry Mobile teams up with Cloud Panda PH, launches online store
MOST READ
Kim Chiu’s viral dance video has no violations, MMDA agrees
Something about KC that worries mom Sharon
‘Stay informed, vigilant’: UP urges students, alumni to report fake Facebook accounts
Sotto: Duterte could get Anti-Terrorism Bill next week
Don't miss out on the latest news and information.