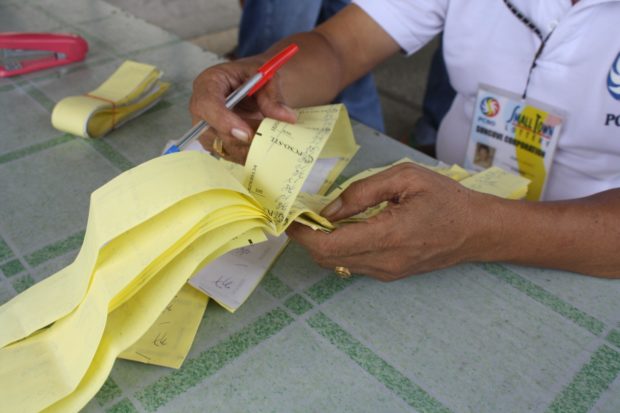 STL OR ‘JUETENG’? The authorized PCSO agent is supposed to be selling Small Town Lottery
(STL) tickets, but players know they are plunking down their money on jueteng, the illegal
lottery that a government official believes can be stamped out if STL is scrapped. —TONETTE T. OREJAS

MANILA, Philippines — President Rodrigo Duterte on Monday disclosed that officials of the Philippine Charity Sweepstakes Office (PCSO) have been stealing money from revenues collected from its gaming schemes before it is remitted to the government.

Four days after, presidential spokesperson Salvador Panelo announced that Duterte has lifted the suspension but only for the Lotto game. All other gaming operations remained suspended.

“So I had to stop it. Ang corruption talaga… sabi ko nga eh, have you ever heard me say that gusto ko nang mag-resign kasi hindi ko mahabol ang corruption. I thought I could, but you know corruption has permeated government itself. Sinabi ko it’s corrupt to the core and it is right now,” he added.

Duterte then said he would fire 100 more officials of the Bureau of Customs (BOC).

“Mahirap tanggalin lahat. I just fired 64, but if I could get away with the 100 more I think we’ll have a cleaner, a better Customs, BIR. Pero sigurado itong 64 talagang tatanggalin ko na,” he said.

Consequently, he urged the newly appointed government officials to help him fight corruption.

“We cannot stamp out corruption completely. Pero ako, with the remaining years, hihirit ako nang hihirit just to keep maybe to the barest, pinaka-bare minimum and I would be happy. And I would be very thankful if you can help me,” he said.

He further asked them to “keep your dignity intact because I personally guarantee that any form of corruption will be dealt with promptly and severely.”

“Let us all work together so that we may finally end the ills that have degraded the level of governance in this country,” he said.

“Help me institute the necessary reforms so that our government may effectively stamp out criminality, illegal drugs, terrorism, and other ills that have prevented us from improving the lives of our people,” he added. /kga