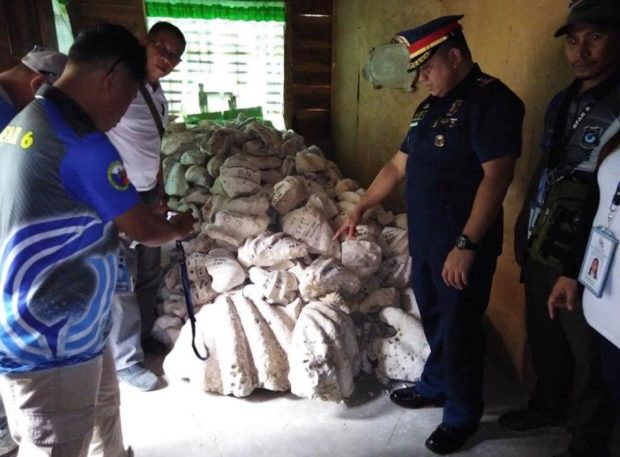 BACOLOD CITY—At least seven tons of fossilized clams worth some P28 million were seized by authorities at the village of Washington in Escalante City, Negros Occidental province on Friday (Aug. 2).

Police and agents of the Bureau of Fisheries and Aquatic Resources (BFAR) found the fossilized giant clams, locally known as taklobo or manlot, in the house of Jasper Bacaron who identified the owner of the clams as Nexon Aurelio.

The BFAR has taken custody of the giant clams. which are considered endangered species by the BFAR but are abundant in the Sagay Marine Reserve area in northern Negros. The clams are believed to fetch as much as P1,000 per kilogram.

In April last year, 1.5 tons of fossilized giant clams were also seized at the village of Molocaboc, Sagay City.

The International Union for Conservation of Nature identified Tridacna gigas or manlot as a vulnerable species, which is considered to be facing a high risk of extinction in the wild./TSB