I'll take you to hell: Duterte to fight efforts to jail him over drug war
Close
menu
search

I’ll take you to hell: Duterte to fight efforts to jail him over drug war 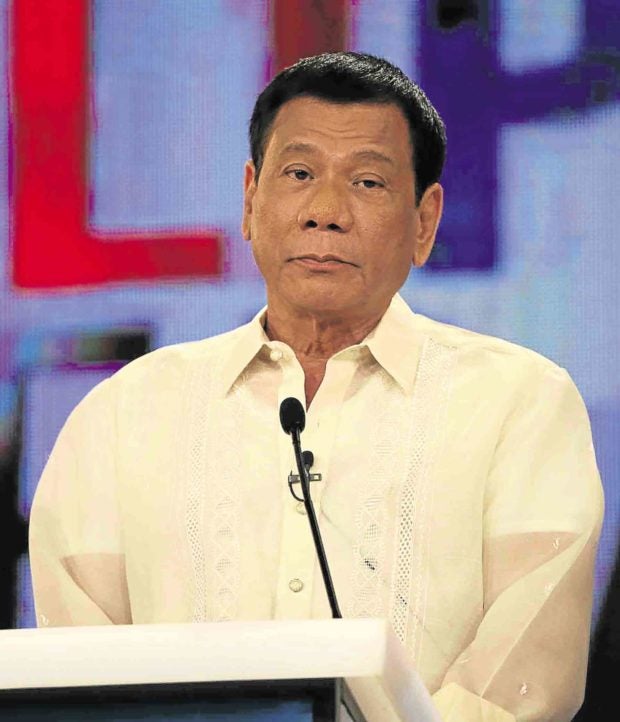 MANILA, Philippines—President Rodrigo Duterte on Monday said he would not allow himself to be jailed over the drug war killings under his presidency.

Speaking before newly appointed officials in Malacañang, Duterte said he would drag down to hell those who would try to put him behind bars.

This was a complete turnaround from his earlier remark when he said that he was willing to be jailed for the alleged extrajudicial killings if there would be an “unlimited” conjugal visits.

READ: Duterte willing to be jailed for EJKs if there’s ‘unlimited’ conjugal visits

Since taking power in 2016, Duterte has made the crackdown on illegal drugs the focal point of his administration’s efforts against criminality, continuing the brutal campaign against the narcotics menace which he used in Davao City during his stint as mayor.

Since 2016, more than 5,000 drug suspects have been killed in anti-drug operations, data from the Philippine Drug Enforcement Agency showed.

The United Nations Human Rights Council recently adopted an Iceland-led resolution, which called for a comprehensive report on the human rights situation in the Philippines including the Duterte administration’s drug war./ac