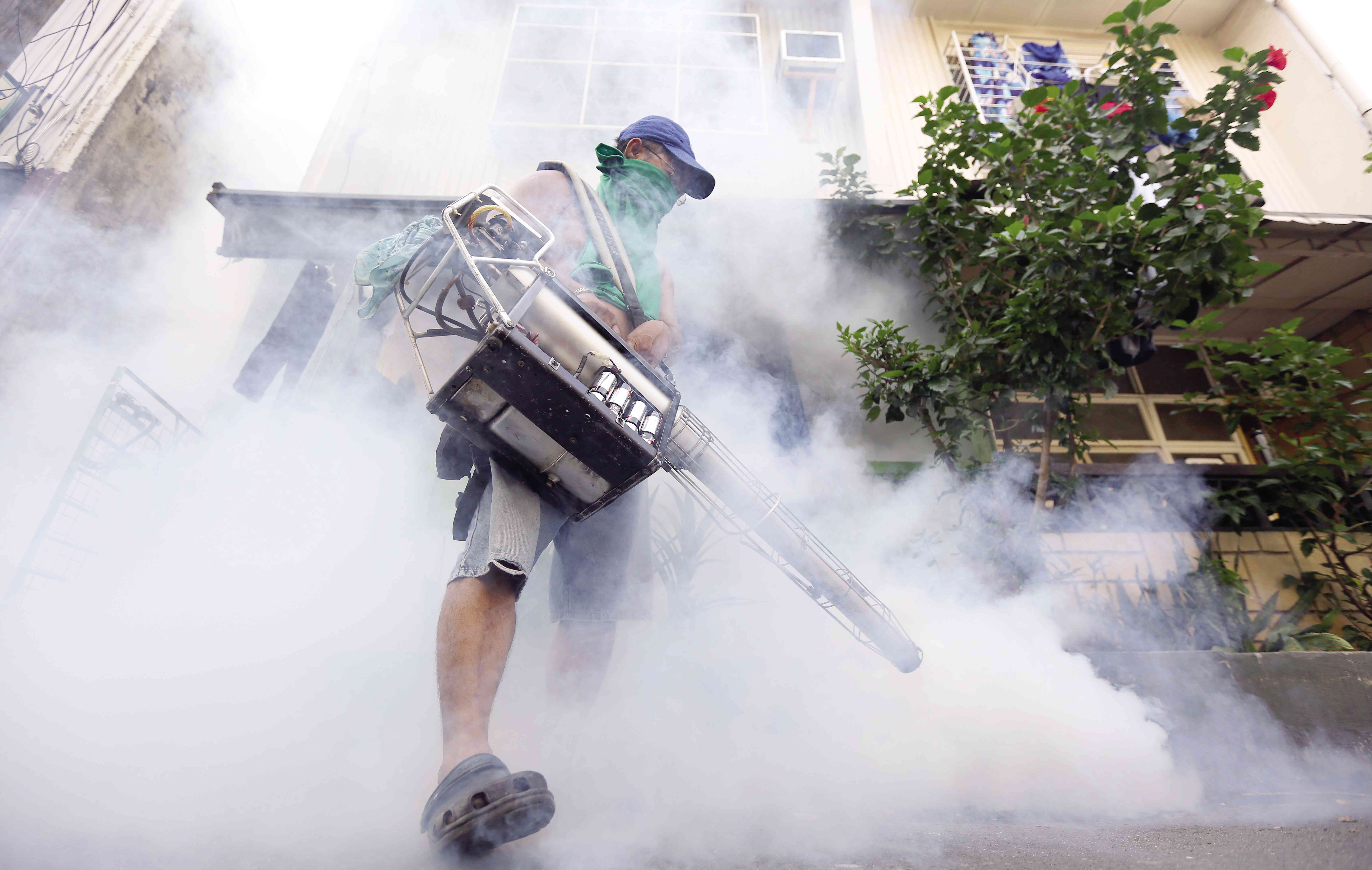 FOGGING Health officials recommend fogging as one of the ways to fight dengue in communities around the country. —MARIANNE BERMUDEZ

TACLOBAN CITY, Leyte, Philippines — The city council on Friday approved a resolution placing Tacloban City under a state of calamity due to the rising number of dengue cases.

The city health office (CHO) had recorded 750 dengue cases with eight fatalities from January to July 23.

With the calamity state declaration requested by Mayor Alfred Romualdez, the city government can now use part of its over P30 million in calamity funds to buy medicine and other medical supplies, and fogging machines.

“We can now draw funds from our quick response fund to buy [these items] amid the dengue fever surge here,” said Councilor Elvira Casal, also a doctor, who sponsored the resolution.

Earlier, the provinces of Leyte and Samar had declared a state of calamity amid the surging dengue cases. The regional Department of Health had reported 7,775 cases with 27 deaths.

Infection from dengue, which is caused by the Aedes aegypti mosquito, can trigger a severe flu-like illness often followed by a severe drop in an infected person’s platelet count.

Casal said the management of the Tacloban City Hospital had to prepare extra beds for dengue patients.

The CHO has converted the city’s training center into a rehydration unit to accommodate more people seeking treatment.

Ninety-five out of 138 villages here have dengue cases. —Reports from Joey Gabieta and Robert Dejon