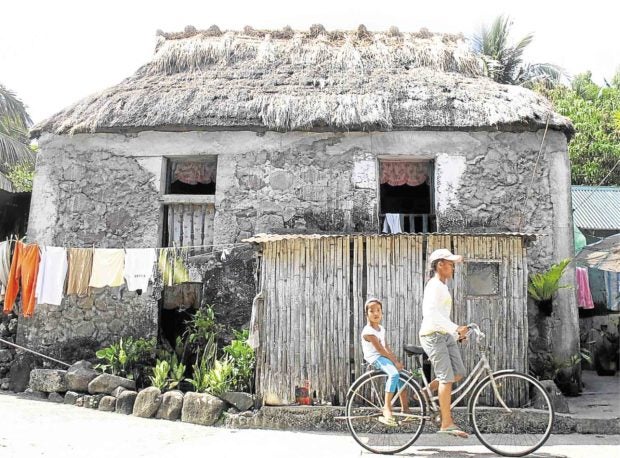 SIMPLE LIVING Families in Batanes live simple lives, hanging up laundry outside their stone houses while they bike to town for chores, much like this scene in Basco town. —EV ESPIRITU

ITBAYAT, Batanes, Philippines — Built and designed to withstand typhoons and unpredictable weather, the traditional Ivatan houses have endured the test of time.

With their distinct architectural design, these heritage dwellings are mostly made of wood, thatch, lime and stone.

Tourists flock to this northernmost town in the Philippines to get a glimpse of local culture and these uniquely shaped shelters. But many of the coral limestone structures crumbled when powerful twin earthquakes jolted the province on July 27.

Amstel Mirabueno, an Ivatan in his mid-20s, recalled waking up to pitch-black darkness during the early morning temblor. His family of six struggled to get out of their two-story limestone house, which gradually caved in.

His mother, Dionisia, was one of the first patients treated at Itbayat District Hospital for profuse bleeding from a head injury. 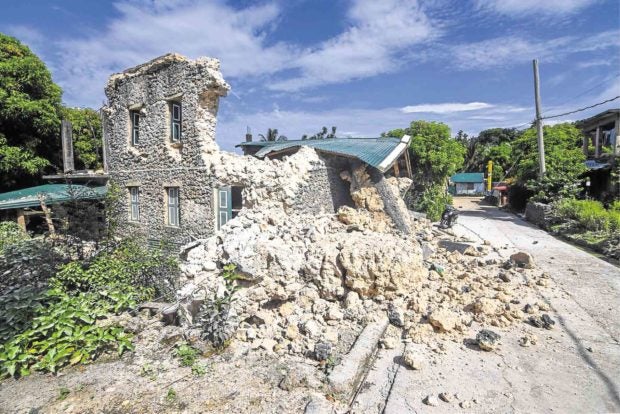 QUAKE CASUALTY Among the casualties of the twin quakes that struck Batanes on July 27 are traditional stone houses in Itbayat town. —ARNEL COMAYA/CONTRIBUTOR

“We are all alive and that’s a miracle,” Amstel told the Inquirer.

Itbayat was rattled by a 5.9-magnitude earthquake at 7:37 a.m. on July 27, about three hours after a 5.4-magnitude quake roused villagers from their sleep.

The offshore quake’s center was 21 kilometers northwest of the town, according to the Philippine Institute of Volcanology and Seismology (Phivolcs).

The day before, a 4.7-magnitude tremor also jolted the island at 4:13 p.m., which gave Eileen Manzo a niggling feeling inside.

Manzo thought that the mild shaking of the ground would lead to a stronger quake, so she dropped her plan for a sleepover at her partner’s stone house in Barangay Santa Lucia, formerly Kauhauhasan. 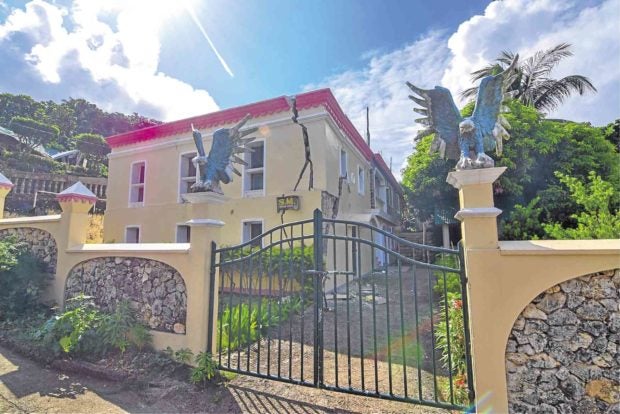 That night, she packed a small bag and brought her two children to their old house in Barangay Hinyato.

Instead of sleeping at their ancestral stone house, she stayed with her mother, Adelina, at their store, which is made of wood and galvanized iron.

Manzo’s intuition proved right. After the twin quakes shook the town, the family’s ancestral house collapsed along with other old dwellings.

Though badly shaken, Manzo and her mother were thankful for being given another lease on life.

The quake also ruined the stone house of Manzo’s partner, John Wayne Gutierrez, who was among the survivors. 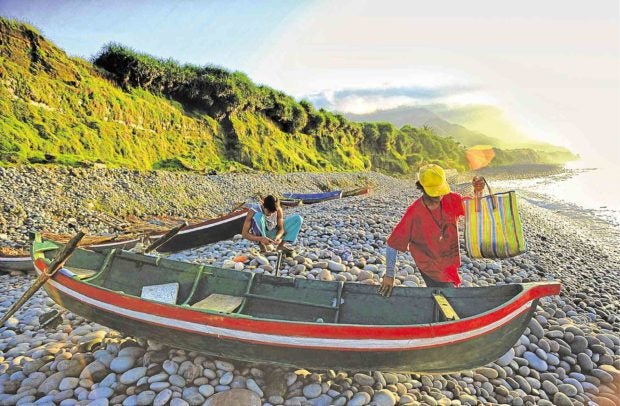 BOULDER BEACH Materials used to build some of the older Ivatan stone houses in Basco were sourced from the Valugan boulder beach. —EV ESPIRITU

But nine of their town mates were killed. Their bodies were recovered from the ruins of houses.

At least 266 houses in five villages were damaged or destroyed, records from the National Disaster Risk Reduction and Management Council showed.

The 166-year-old Santa Maria de Mayan Church was severely damaged by the first quake. Its bell tower was toppled by the second temblor.

Also ruined were the roadside wall of a Baptist church, two schools, a hospital and a rural health unit. 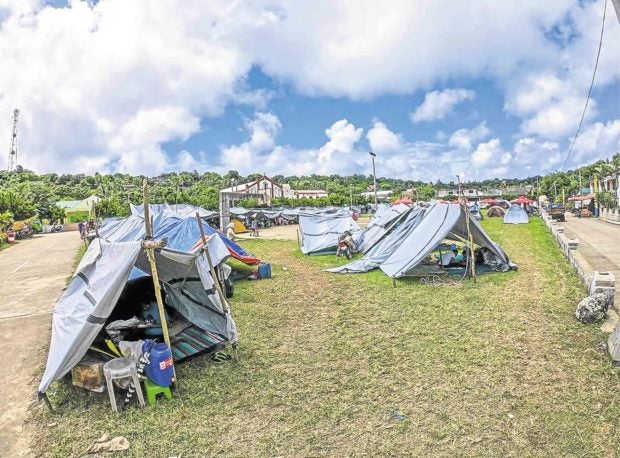 TEMPORARY HOMES Almost all of Itbayat’s residents now live in a “tent city” put up at the town center while they await construction materials for temporary shelters and to repair their homes.

Officials of the Department of Public Works and Highways (DPWH) said damage to houses and private structures could reach P157 million.

Ninety-seven percent of the residents are now staying in tents at the town plaza and waiting for aid from the government and other organizations.

Villagers were cautioned against returning home pending the arrival of construction materials to be used to build sturdier temporary shelters.

Gov. Marilou Cayco has advised tourists to avoid visiting Itbayat as it lacks facilities to accommodate them. 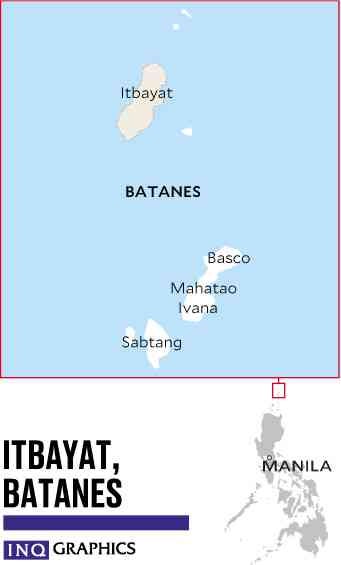 Cayco also said she would ask the National Historical Commission of the Philippines to help restore and strengthen the ruined heritage homes and structures.

Part of the rehabilitation is to retain the traditional design by reinforcing the original materials used by the Ivatan with steel and concrete.

“Many of these damaged houses were built 100 years ago and had withstood calamities only to crumble because of the earthquakes,” Cayco said.

But Science Undersecretary Renato Solidum Jr., also Phivolcs director, urged government engineers to ensure that the Ivatan follow the National Building Code and use prescribed materials in rebuilding their houses.

The iconic Ivatan houses can be traced before the Spanish colonization.

History professor Jose Victor Jimenez said the Ivatan started using mud and stones in building the walls of the houses in 1794. He cited the account of historian Florentino Hornedo in his paper presented at the 10th Arts Congress of De La Salle University in 2017.

The traditional houses as seen today are made of limestone with thick cogon grass roof and can withstand strong typhoons.

The Ivatan people maintained their houses even after galvanized iron roofs were introduced in the 1890s and concrete in the early part of the American occupation.

The Philippine Daily Inquirer is helping extend relief to the families affected by the recent earthquakes in Batanes. Cash donations may be deposited to the Inquirer Foundation Corp.’s Banco de Oro (BDO) current account No. 007960018860. Inquiries may be  addressed and emailed to the Inquirer’s Corporate Affairs office through [email protected], or call 8978808 local 238 or 352.