newsinfo / Regions
Regions
IN THE WATERS BETWEEN ILOILO AND GUIMARAS ISLAND 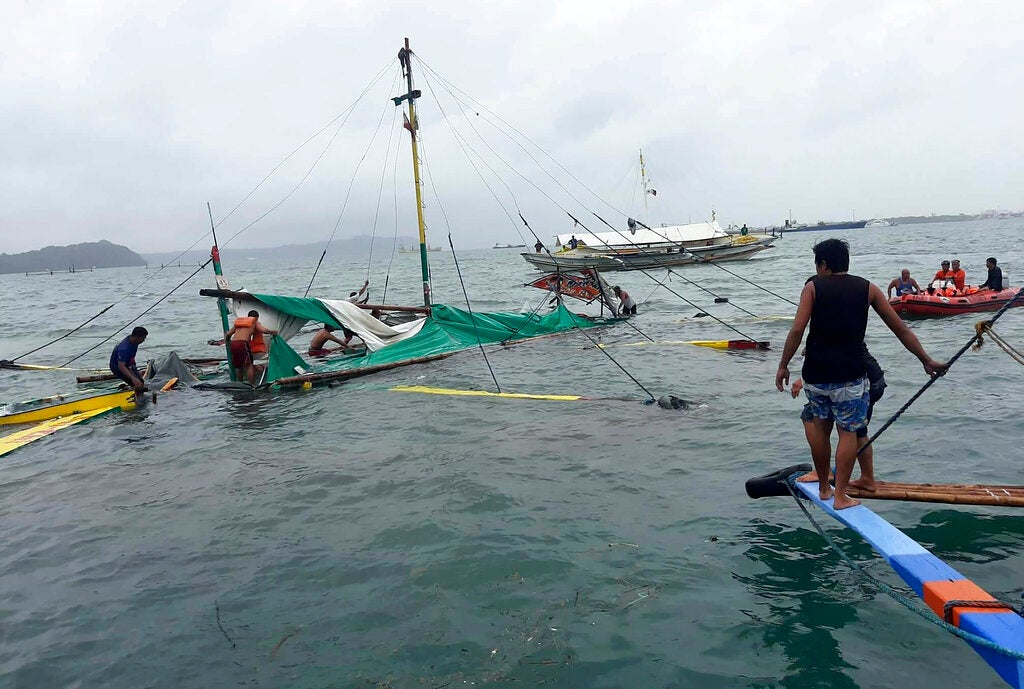 ILOILO CITY, Iloilo, Philippines — Eight persons died and 31 others were rescued after three passenger motorized bancas capsized in the waters between Iloilo and Guimaras Island on Saturday afternoon due to strong winds and huge waves.

Those were the figures as of 4 p.m., according to Lt. Commander Joe Luviz Mercurio, spokesperson of the Coast Guard Western Visayas District.

In the first incident, the boats Chi-Chi and Keziah capsized shortly past noon after being hit by a squall, or sudden strong gusts of wind.

Chi-Chi, which had 43 passengers and four crew members, headed for Jordan town in Guimaras from Iloilo City.

Keziah had four crew members and no passengers on board. It was unclear whether the two boats were sailing in the same or in the opposite direction.

There were reports that the two boats collided after being hit by huge waves but this could not be confirmed as of this writing.

Based on a report from Iloilo Disaster Risk Reduction and Management Office, five of the dead — four females and a male — were taken to Guimaras while two adults and a three-year-old boy were taken to Iloilo City.

At around 3 p.m., the motorized banca Jenny Vince also capsized in the same waters.

As of 5:44 p.m., there were no reported casualties among the still undetermined number of passengers of Jenny Vince.

Trips of motorboats between Iloilo and Guimaras were suspended after the incidents.

A low-pressure area (LPA) inside the Philippine area of responsibility was spotted east of Virac, Catanduanes.

The Philippine Atmospheric, Geophysical, and Astronomical Services Administration (PAGASA) said the LPA could develop into a tropical depression either by Sunday or Monday.

In Cebu City, a cargo vessel carrying 18 Chinese nationals ran aground in the waters off Lauis Ledge in Talisay City past 7 a.m. on Saturday, Aug. 3.

“Initial information we received said that the vessel, unfortunately, ran aground while entering the Traffic Separation Scheme (of the Mactan Channel),” he said in an interview.

Encina said PCG, a medical team, and divers immediately went to the area to render assistance.

M/V Arikun has 287,167 liters of fuel but Encina said there were no traces of oil spill in the area.

In Northern Samar, at least 11 houses and a public market were damaged when a tornado hit three villages in Lavezares town on Saturday morning.

“It happened too quick, in just a matter of seconds. But it caused destructions to some houses where it struck,” said Quilitano in a phone interview.

Affected by the tornado were the coastal villages of Libas, Cataogan, and San Miguel.

The roofs of the town’s public market were also damaged.

Quilitano said the town was experiencing heavy and continuous rains when the tornado struck.

Quilitano said debris was immediately cleared by the personnel of the Department of Public Works and Highways.

In Negros Occidental, seven houses were destroyed while 41 others were damaged when two tornadoes struck at about 10:30 a.m. on Saturday.

At least 31 families, he said, were affected by the tornado that hit Barangay Carmona.

In Barangay RSB, 17 families were affected.