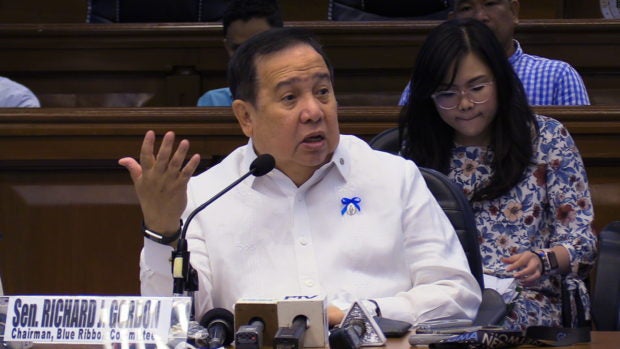 The Senate blue ribbon committee is set to begin next week its inquiry into the alleged corruption hounding the Philippine Health Insurance Corp. (PhilHealth) and Sen. Panfilo Lacson’s accusation against Duque.

Lacson accused Duque’s conflict of interest after a company owned by the Health secretary’s family obtained contracts with the Department of Health (DOH).

With this, Gordon said he will be “firm and fair” on the investigation of Duque’s conflict of interest, noting that the DOH chief should attend the next hearing.

The senator also noted that he invited Duque’s family to attend the Senate probe. /jpv

READ: Senate probe of Duque may start next week – Gordon