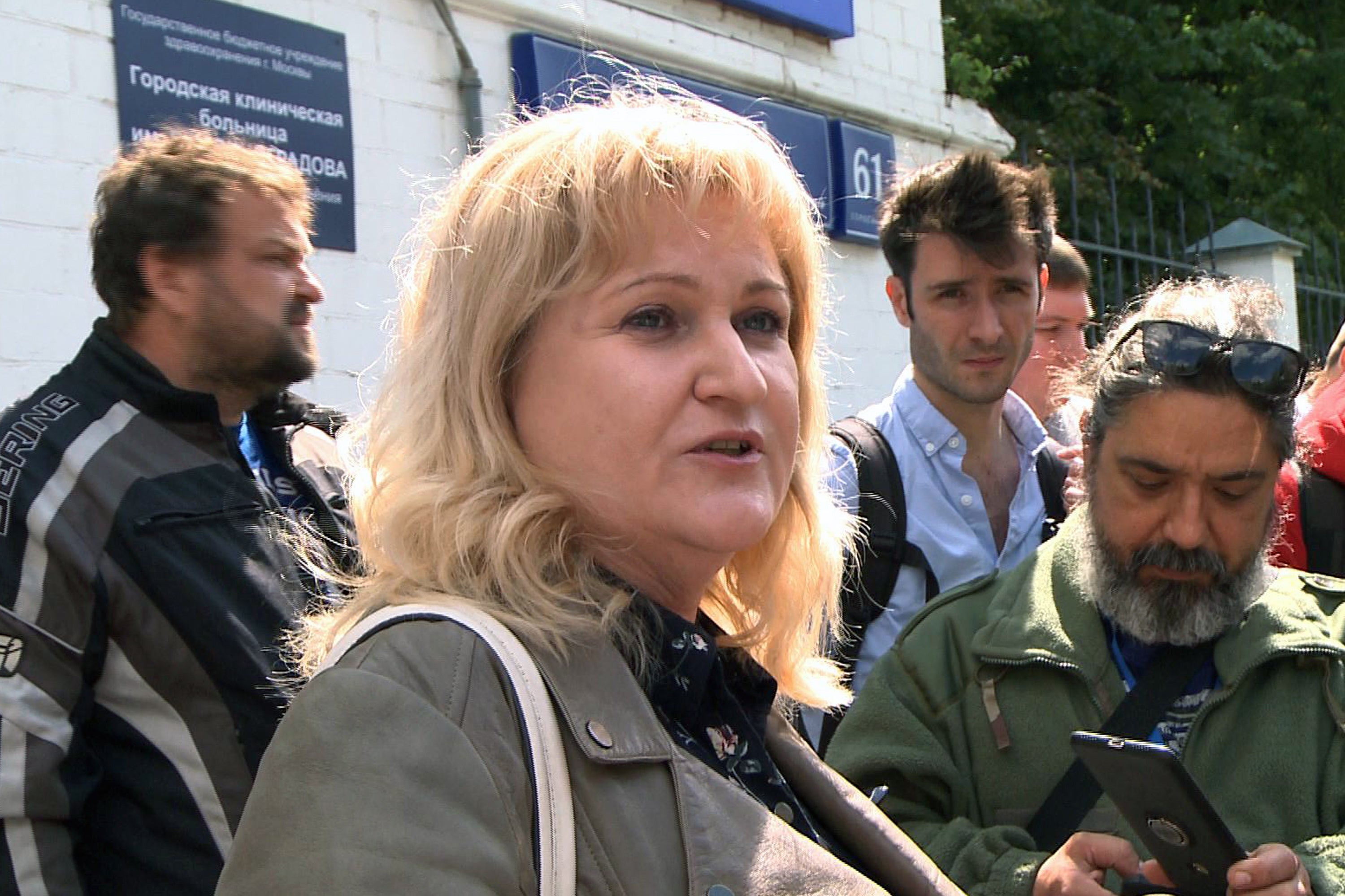 This AFPTV screen grab from a video made on July 29, 2019 shows Russian opposition leader Alexei Navalny’s lawyer Olga Mikhailova speaking to reporters outside Moscow’s hospital No 64, which treated Navalny. – Russian opposition leader Alexei Navalny was “poisoned” by an unidentified toxic substance but doctors have sent him back to jail despite his condition, his lawyer and personal physician said on July 29, 2019. (Photo by Romain COLAS / AFPTV / AFP)

MOSCOW — The Russian opposition vowed to stage another mass rally Saturday despite increasing pressure from authorities, who arrested nearly 1,400 people at a protest last week and have launched a criminal probe into the movement.

The march along Moscow’s leafy boulevards will be the latest in a series of demonstrations after officials refused to let popular opposition candidates run in next month’s city parliament elections.

The local issue has boiled over into one of the worst political conflicts of recent years, with rallies of up to 22,000 people and police violence against demonstrators.

Over 6,000 people said on Facebook they would take part in the march along Moscow’s so-called Boulevard Ring on Saturday to “bring back the right to elections”.

Officials say candidates were disqualified because they forged the necessary signatures.

But candidates, including allies of top Kremlin critic Alexei Navalny, insist their signatures were thrown out arbitrarily, and the whole vetting process was skewed against them.

Many Muscovites said their signatures in support of the opposition were declared invalid with no reason.

Some turned up at previous protests brandishing banners with slogans such as “I have a right to choose”.

In the polls in September, the opposition hopes to end the monopoly of Kremlin loyalists in Moscow’s parliament.

The body decides over the city’s multi-billion-dollar budget but lacks political independence from mayor Sergei Sobyanin, an ally of Putin.

Putin has yet to comment on the political crisis in Moscow.

Navalny and other protest leaders argue corruption is rife in the capital.

Navalny is also currently in jail, but his team on Thursday released a report accusing Sobyanin’s deputy of selling prime Moscow property to her family members at rock-bottom prices.

Four people were formally arrested pending trial Friday, though the opposition stressed that the protest was peaceful.

“Their task is to paralyze the protest movement, to isolate its leaders and frighten participants,” one rejected candidate, Ilya Yashin, wrote on Facebook.

He is currently being held for 10 days in a police cell for violating rules on legal protests.

“There were no mass riots in Moscow, not by a long shot,” Yashin wrote.

One of the men arrested is suspected of injuring a policeman by allegedly throwing a plastic bottle into the ranks of national guard wearing heavy protective gear.

Moscow police on Friday issued a warning for people not to attend the rally.

“We repeat that the event is illegal,” it said on its website. “We suggest that residents and visitors refrain from participating.”

Reports said that the head of Moscow police even petitioned the Russian Premier League to reschedule a match between the city’s two top teams, which may trigger fan violence and require a massive presence of the force in two places at once.