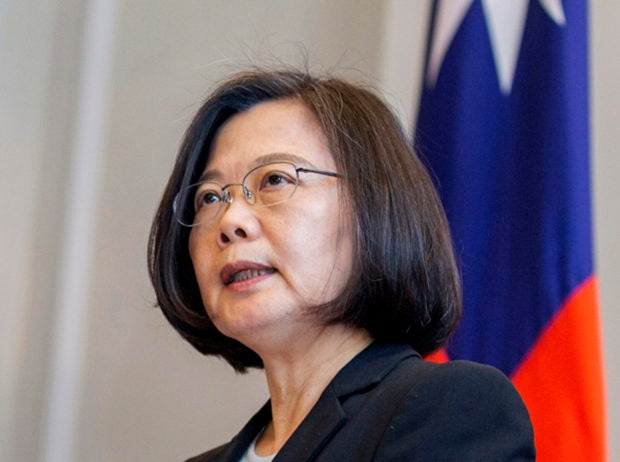 TAIPEI — Taiwan’s President Tsai Ing-wen said that Beijing’s ban on individual travel to Taiwan was a “political tool” that would only create a negative view of China among the Taiwanese people.

“Tourism shouldn’t be politicized,” Tsai said at a press briefing. “Politicized tourism is not sustainable tourism either.”

She was commenting on an announcement by China on Wednesday that it was banning visits to Taiwan by individual travelers, with effect from Aug.1.

“In light of the current relations between the two sides of the Taiwan Strait,” such travel will be suspended, starting Thursday, China’s Ministry of Culture and Tourism said in a brief notice on its website.

The individual travel policy was implemented in June 2011, allowing residents of 47 major Chinese cities to apply for permits to visit Taiwan as individual travelers. All other visitors to Taiwan were required to apply though select travel agencies to go on group tours.

In Tsai’s comments on Thursday, she said it has long been a strategy by China to clamp down on tourism to Taiwan ahead of the latter’s major elections, like the January 2020 presidential vote.

The latest travel ban, however, was “a major strategic mistake,” Tsai said.

She said many solo travelers from China are young people who get to experience a sense of freedom in Taiwan, a country free of government surveillance and social media restrictions.

Traveling solo instead of in a tour group is the best and most natural way for the people on both sides of the strait to interact with each other and conduct exchanges, Tsai said, adding that it was regretful that right had been removed for Chinese citizens.

She said that since she took office in May 2016, however, her administration has been diversifying Taiwan’s sources of visitors, partly to counter China’s repeated efforts to weaken Taiwan’s tourism sector.

The president said her administration will not give in to such constant coercion from the other side of the Taiwan Strait.

“We will lose everything we have if we give in,” Tsai said.

Also commenting on the issue Thursday, Premier Su Tseng-chang said visitor arrivals from countries other than China totaled 8.37 million in 2018, an increase of 1.2 million from 2016, thanks to the efforts of the Tsai administration.

As part of the government’s plans to minimize the impact of China’s latest travel ban, the transportation ministry will inject NT$3.6 billion (US$115.85 million) into an ongoing domestic travel program in the fourth quarter of the year, Su said.

He said Beijing’s ban was yet another example of the actions of an authoritarian regime in China.

Beijing has taken a hardline stance on cross-strait relations since Tsai refused as president to accept the “1992 consensus,” a tacit understanding reached in 1992 between the then-Kuomintang (KMT) government of Taiwan and the Chinese government.

Under the consensus, both sides of the Taiwan Strait acknowledge that there is only “one China” with each side free to interpret what “China” means, according to the KMT interpretation. Beijing, however, has never publicly recognized the second part of that interpretation. /jpv