LOOK: No ‘Guardian of the Galaxy’: trapped raccoon goes viral 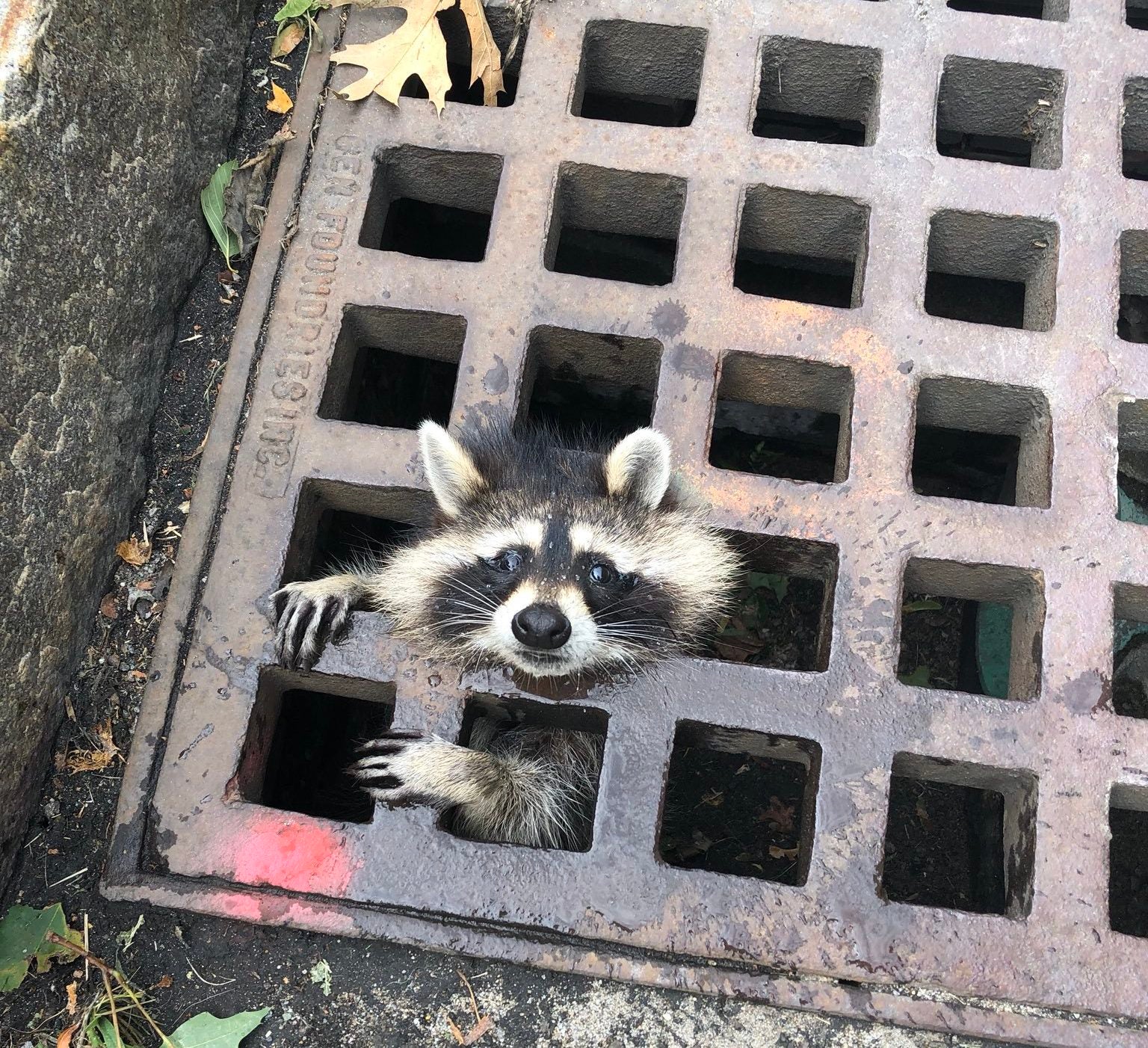 A raccoon is trapped in a sewer grill in Newton, Massachusetts. Firefighters rescued the juvenile animal with help from Waltham’s Animal Control. (Photo by Newton Fire Department)

WASHINGTON–He may lack the poise of “Guardians of the Galaxy” superhero Rocket Raccoon but this fur-tive little adventurer is becoming an internet star in his own right after coming off worse in an encounter with a storm grate.

The mischievous mammal went viral after he was snapped by US firefighters managing to look simultaneously startled and cute as a button during a bungled escape from a sewer on Thursday.

“He had been stuck for a while but we are happy to report he is free!!!” the local fire department tweeted after freeing the trapped trash panda in Newton, Massachusetts.

Firefighters were dispatched when a passing cyclist saw the raccoon clinging desperately to the grill, head and tiny paws visible through the metal struts, local media reported.

“We sent a fire truck and we tried to remove his head from the sewer grate with soap and water,” said Newton Fire Lieutenant Michael Bianchi.

When that failed, the firefighters called in local government animal control experts, who sedated the raccoon, calming it enough to pull its head out of the grate.

“It was quite the operation,” said Bianchi. The whole rescue mission lasted two hours.

“We rescue citizens both big and small!!!” tweeted the Newton fire department.

Raccoons, which are omnivorous, live around two to three years in the wild.

They are known for their strange fixation with “washing” their food and hands, a ritual believed by scientists to be related to their innate tendency to forage for food near water sources. 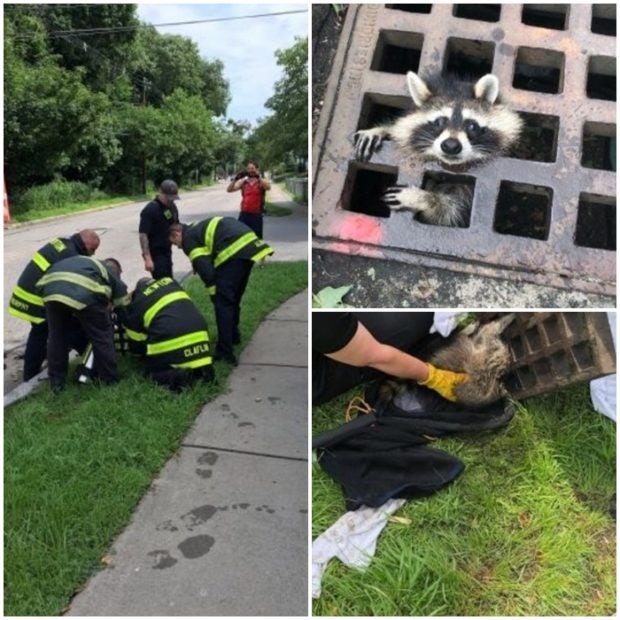