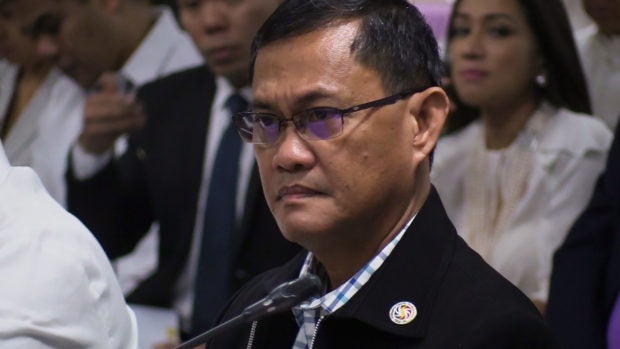 MANILA, Philippines — Former Philippine Charity Sweepstakes Office (PCSO) general manager Alexander Balutan on Thursday said he is ready to be investigated on the alleged corruption in the agency.

The Presidential Anti-Corruption Commission (PACC) on Wednesday said they would be doing a “motu propio” lifestyle check on all board members of PCSO, including Balutan.

In March, Balutan resigned from his post “out of delicadeza because of, as we have said, serious allegations of corruption in the PCSO,” as per Presidential spokesperson Salvador Panelo.

“Nung nag-resign ako because of corruption, I want to be investigated. I want somebody to file a case against me para wala ng imbestigasyon, kaso agad. Korte na ang bahala. Magkaalaman na,” Balutan said.

PACC Commissioner Greco Belgica said that Balutan would be included in the lifestyle check “in his capacity as general manager of PCSO before na na-involve sa mga (that got involved in) corruption.”

“Kasi at that time that the crime was committed or a crime was committed, he was a government official so meron po kaming jurisdiction doon,” Belgica said when asked if PACC could still probe Balutan who had turned a private citizen.

President Rodrigo Duterte earlier ordered for all gaming activities of PCSO, including lotto and STL, to be stopped due to the alleged corruption within the agency.

The suspension for lotto operations was lifted days after.