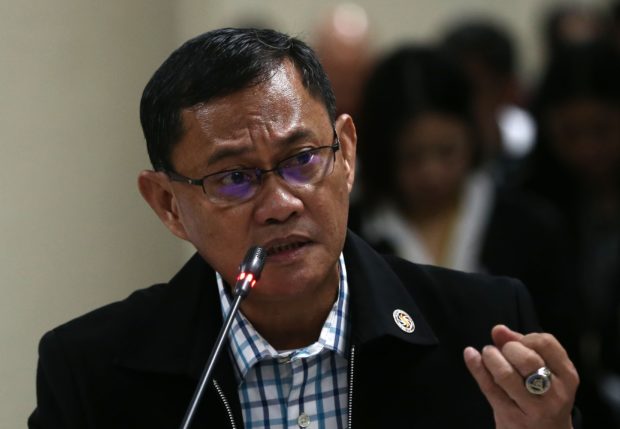 MANILA, Philippines — Why pick on generals only?

Former Philippine Charity Sweepstakes Office (PCSO) general manager retired General Alexander Balutan said this Thursday as he denied the claims of Senator Panfilo Lacson that there was a rise in the number of retired military and police officers with Small Town Lottery (STL) franchises during his stint in the agency.

Balutan said in some instances, retired military and police officers are merely incorporators who only provide shares.

In a separate text message, Balutan also posed a question: “Why pick on generals only?”

Non-payment of shares resulted in termination

Lacson also said that the retired police and military officers with STL franchises allegedly did not remit shares from their collections to the PCSO.

Balutan, however, said that in these cases, their franchise was immediately terminated.

Despite this, Balutan said that the owners of the franchise sought help from the court which then filed temporary restraining orders (TROs) delaying the effectivity of the termination.

“Terminated sila kaso they sought relief from the court tapos ang court naman magi-issue ng…mamera kasi ang TRO at injunction— so anong nagagawa namin? Will the board and I defy the Court? Anong gagawin namin? Syempre you will follow,” Balutan said.

The former PCSO general manager then alleged corruption in the issuance of the TROs.

Balutan also denied having a hand in the alleged missing revenues in the PCSO.

President Rodrigo Duterte earlier ordered all gaming activities of PCSO, including lotto and STL, to be stopped.

The suspension for lotto operations were lifted days after.