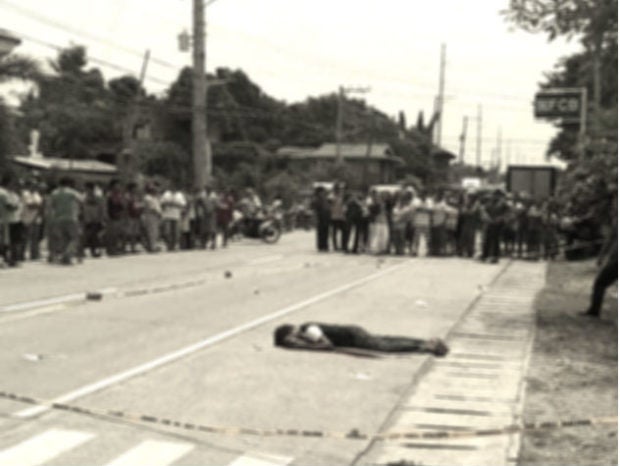 Ronil Bastida lies on the ground after he was shot by still unknown assailants along a national highway in Barangay Moto Sur in Loon town on Thursday morning, August 1, 2019. Photo courtesy: John Quilas

TAGBILARAN CITY – A man, who had just attended a court hearing, was shot dead along the national highway in Barangay Moto Sur in Loon town, Bohol province on Thursday, Aug. 1.

Ronil Bastida, 41, and his common-law wife had just alighted from a passenger bus after attending a court hearing in Bohol’s capital city of Tagbilaran when one of two men aboard a motorcycle fired at him about 11 a.m.