Law student tagged as source of drugs nabbed in Bohol 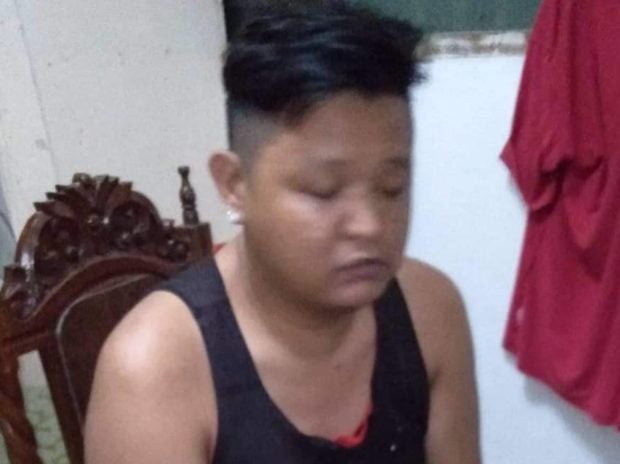 Law student Albert John Bernaldez has been arrested by the National Bureau of Investigation (NBI)-Bohol on Thursday morning for allegedly supplying drugs to a peddler. Photo Courtesy: NBI-Bohol

TAGBILARAN CITY, Bohol – A law student was arrested by the National Bureau of Investigation (NBI) after he was tagged as the source of drugs by a peddler who was arrested earlier.

The NBI arrested Albert John Bernaldez, 31, a resident of Guindulman town, in a follow-up operation at 12:30 a.m. on Thursday.

At least 22 strips of shabu worth P22,000 were allegedly recovered from Bernaldez when agents swooped down in his rented room in Barangay Dampas, said lawyer Rennan Augustus Oliva, director of NBI-Bohol.

Bernaldez was a third-year law student at the Holy Name University in Tagbilaran.

The operation stemmed from the arrest of Joven Daguplo, 22, a suspected drug peddler during a buy-bust operation late Wednesday night.

Oliva said they had placed Daguplo under surveillance for about three months before conducting the buy-bust.

Seized from Daguplo were sachets of suspected shabu worth P40,000.

Both Daguplo and Bernaldez would face charges for violating the Comprehensive Dangerous Drugs Act of 2002. /lzb