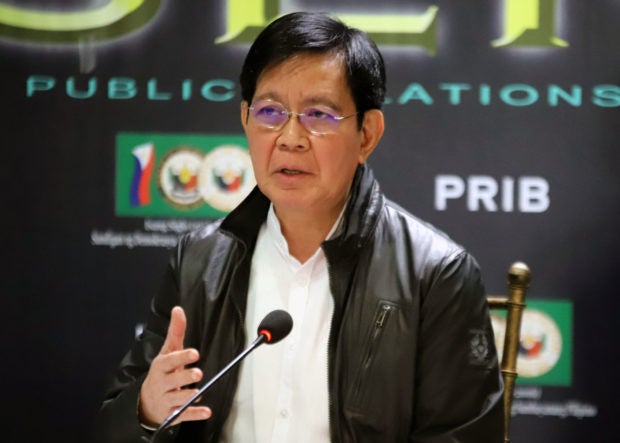 MANILA, Philippines — Imagine winning a lottery without getting your prize?

President Rodrigo Duterte allegedly blew his top after learning this story from no less than the new general-manager of Philippine Charity Sweepstakes Office (PCSO), Royina Garma.

The senator, however, could not provide other details about the STL winner who supposedly was not able to get his prize.

Last Friday, Duterte ordered the suspension of all PCSO gaming schemes including STL, Lotto, Keno, and Peryahan ng Bayan, due to “massive corruption.”

The President lifted the suspension four days later but only for Lotto.

Lacson also claimed he got information that retired and military officers, who had been granted STL franchises, were not remitting their collections to PCSO.

Lacson, a former police chief, admitted though that his information has yet to be validated. /kga